Lin-Manuel Miranda apologizes for lack of Afro-Latino leads in 'In the Heights': 'I promise to do better' | Inquirer Entertainment
Close
menu
search

Lin-Manuel Miranda apologizes for lack of Afro-Latino leads in ‘In the Heights’: ‘I promise to do better’ 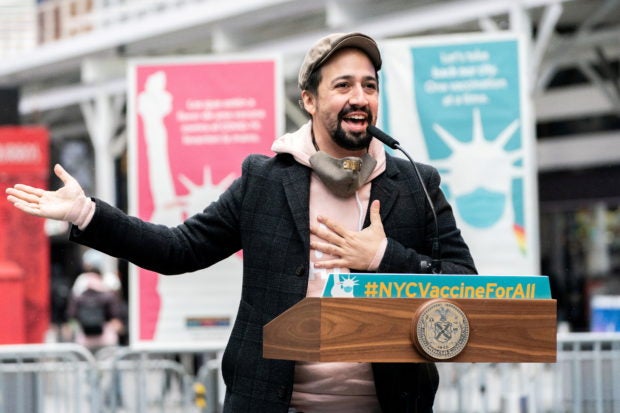 Lin-Manuel Miranda speaks at the opening of the Broadway vaccination site amid the COVID-19 pandemic in New York City on April 12, 2021. Reuters/Jeenah Moon

Award-winning playwright Lin-Manuel Miranda has apologized for the apparent lack of dark-skinned Afro-Latino representation in his latest film, “In the Heights.”

Miranda has since promised to do better and thanked the public for the feedback in his apology issued via Twitter yesterday, June 15.

“I started writing ‘In the Heights’ because I didn’t feel seen. And over the past 20 years all I wanted was for us — ALL of us — to feel seen,” the “Hamilton” creator said.

“I’m seeing the discussion around Afro-Latino representation in our film this weekend and it is clear that many in our dark-skinned Afro-Latino community don’t feel sufficiently represented within it, particularly among the leading roles,” he added.

As pointed out by Variety yesterday, Miranda’s apology comes a few days after The Root, an African American-oriented online magazine, released an article tackling the said lack of dark-skinned Afro-Latinos in the film.

Journalist Felice León, who is Afro-Cuban, pointed out in the said article published on June 9 that the film, which is set in Washington Heights in New York, fails to represent the community as many dark-skinned Afro-Latinos live in the area in real life.

While there are Black characters in the movie, León criticized the lack of storylines or lead for Black Latino folks. León’s criticism is also shared by many others, who have been raising the issue since 2019 when the trailer first dropped.

“I can hear the hurt and frustration over colorism, of feeling still unseen in the feedback. I hear that without sufficient dark-skinned Afro-Latino representation, the work feels extractive of the community we wanted so much to represent with pride and joy,” Miranda said.

“In trying to paint a mosaic of this community, we fell short. I’m truly sorry. I’m learning from the feedback, I thank you for raising it, and I’m listening,” the singer-songwriter added.

Miranda noted that while he takes “indelible pride” in the film they made, he also tries to hold space for also being held “accountable for our shortcomings.”

“I promise to do better in my future projects, and I’m dedicated to the learning and evolving we all have to do to make sure we are honoring our diverse and vibrant community,” Miranda said.

“In the Heights,” which premiered on June 4, was directed by Jon M. Chu and is an adaptation of Miranda’s acclaimed Broadway show.  /ra

Box Office: ‘In the Heights’ disappoints with $11 million opening weekend