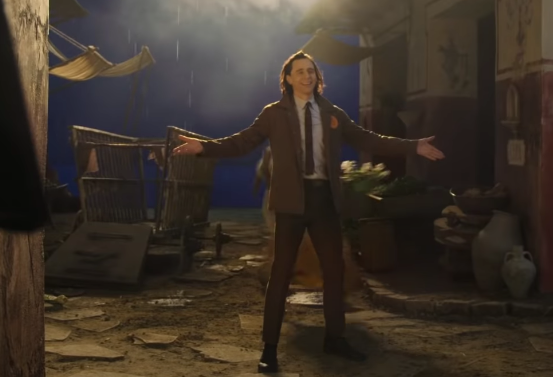 Tom Hiddleston as Loki from a behind-the-scenes featurette for “Loki.” Image: screengrab from YouTube/Marvel Studios

As the God of Mischief’s return is just around the corner, Marvel Studios treated fans with the first look at some behind-the-scenes footage of “Loki.”

Marvel gave a glimpse of the dark yet colorful set of “Loki” as the cast and producers hint at what to expect from the chaotic Disney Plus series, via YouTube yesterday, June 2.

In the “Mischief” featurette, titular character Tom Hiddleston talks of how “[Loki is] the God of Mischief, so we have to do mischievous things” as a few seconds of footage from the series plays.

While the others were already shown in previous trailers and teasers, one new clip shows Loki seemingly using his telekinetic abilities to grab something from afar.

Considering the bureaucracy and order of the TVA, Hiddleston poses the question “What if you take a character who represents chaos and you put him in that world?”

“This is something I don’t think Marvel has ever done… the audience will be really excited,” added Hiddleston, who is also an executive producer of the show.

“Loki” will premiere on Disney Plus on June 9 and will have new episodes drop every Wednesday. It will continue from the events of “Avengers: Endgame,” where the Loki from the Battle of New York in 2012 grabbed the Tesseract and altered the events of that timeline.

“Loki” will also be the third Marvel Cinematic Universe (MCU) series to premiere on the said streaming platform, with the first two being “WandaVision” and “Falcon and the Winter Soldier.” JB