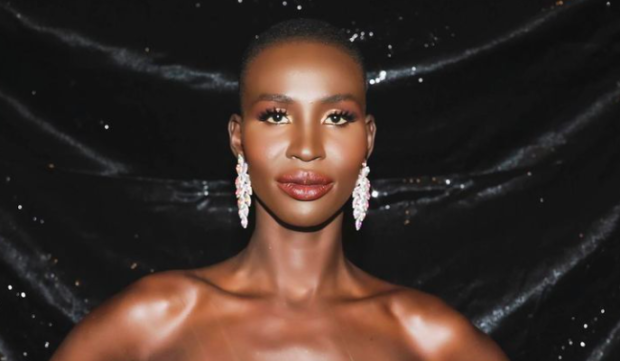 Miss Universe Canada Nova Stevens revealed that she has been receiving death threats and racist remarks, after renowned Filipino designer Michael Cinco called out her team for being “ungrateful, vile and professional users.”

Cinco recently spoke up against Stevens and her publicity team MGmode Communications for allegedly blaming him over the beauty queen’s loss in the 69th Miss Universe pageant and “scamming” him over the past three years. He added that the Canadian team accused him of trying to “sabotage” her from winning.

“I have been getting death threats, racist trolls are hurling despicable insults at me, and people are dragging my character with lies,” Stevens said on her Instagram page on Monday, May 24.

The beauty queen showed some screenshots of hateful messages and threats against her life. She can also be seen in a video message for Cinco, taken last November, where she thanked him for being her gown sponsor in the international pageant.

“What amazes me is that people seem to be more outraged at my alleged ‘lack of thanks’ rather than me being asked to die and receiving racist hate. I don’t deserve that,” she added.

Stevens acknowledged that her team was “wrong” for expressing their concerns with Cinco on a public platform and she apologized on their behalf.

“As part of my team, I fully apologize. I appreciate all his (Cinco’s) efforts and that perfect final gown,” she said. For her, the “disagreement” between all parties should have been dealt with “in private and with maturity.”

Stevens stated that while she usually does not “dignify drama/hate with a response,” she wanted to clarify her side of the story because of the backlash.

Stevens also emphasized that her team went into a sponsorship agreement with Cinco, which is not free or “for charity.” She insisted that she had several posts thanking Cinco for his creations and that she also talked about him during interviews. JB

Read Next
WATCH: SB19 thanks fans, congratulates BTS on BBMAs win
EDITORS' PICK
Omicron now shows up in 90% of samples sequenced – Duque
4.7 million Filipinos have received booster shots, but that’s still a ‘low’ number – Galvez
‘Not yet the end’: Lawyer says Marcos Jr’s DQ cases to take lengthy process
Over 3 Million worth of prizes to be won at Smart Padala’s SENDali Manalo Promo!
Acer starts the year off strong with the Aspire Vero National Geographic Edition
The best of bayside and city living at SMDC’s Sail Residences
MOST READ
Duterte asks: ‘Is COVID-19 airborne?’ Duque blames spread on ‘token compliance’ with rules
Marcos Jr. visits Cebu, stands as ‘ninong’ to mayor’s son
‘Not yet the end’: Lawyer says Marcos Jr’s DQ cases to traverse lengthy process
Morissette Amon recovering after confinement for diverticulitis, tests positive for COVID-19
Don't miss out on the latest news and information.