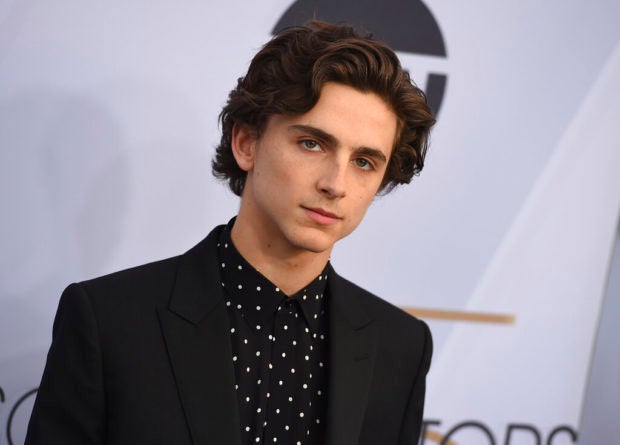 Oscar-nominee Timothée Chalamet is set to take on the iconic role of Willy Wonka in an upcoming origin film under Warner Bros.

Chalamet will topbill the musical “Wonka,” which will tell the early life of the titular chocolatier, as per Deadline Hollywood’s exclusive report on May 24.

He will be following the steps of veterans Gene Wilder and Johnny Depp on giving life to the chocolate factory owner on the big screen, although his character will be much younger than the two.

Aside from taking on such an iconic character, Chalamet is expected to show off his singing and dancing skills as well for the first time in a film, undisclosed sources told the outlet.

“Wonka” will once again feature characters from Roald Dahl’s “Charlie and the Chocolate Factory” book in the 1960s. The film will be directed by Paul King, who co-wrote the screenplay with Simon Farnaby.

Simon Rich, Simon Stephenson, Jeff Nathanson and Steven Levenson were also credited as writers, according to the report.

As “Wonka” will focus on Willy Wonka’s younger years, however, Charlie and the other golden ticket holders are not expected to be seen touring the famous chocolate factory.

Chalamet is expected to start filming for “Wonka” in September and be released theatrically in March 2023, according to Variety also on May 24.

Chalamet is also starring in Denis Villeneuve’s “Dune,” Adam McKay’s “Don’t Look Up” and Wes Anderson’s “The French Dispatch,” which are all set to be released this year. Ian Biong  /ra