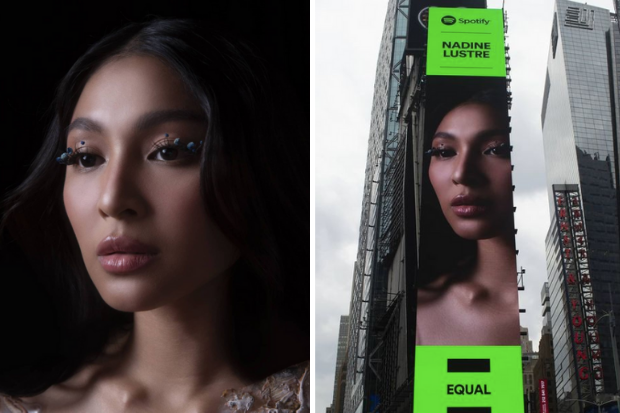 Actress-singer Nadine Lustre has been featured on a billboard for music streaming platform Spotify, which is now up on New York’s famous Times Square.

Lustre shared news of her achievement with fans via Instagram earlier today, April 30, saying, “[We] made it to nyc [New York City] fam @carelessph [Careless]!”

The post came with a photo of the digital billboard and a short clip showing Spotify’s “EQUAL” campaign logo and individual photos of the female artists including Lustre. 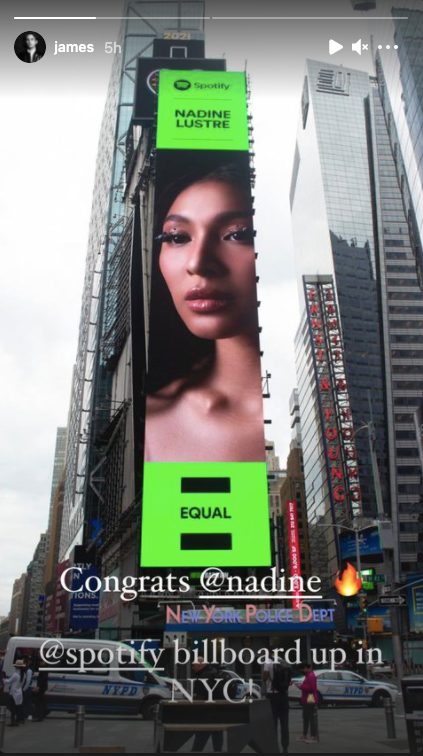 Lustre’s billboard was put up as part of Spotify’s “Equal” campaign, which Reid explained in the following Story as the music streaming platform’s “new global commitment to foster equity for women in music!” 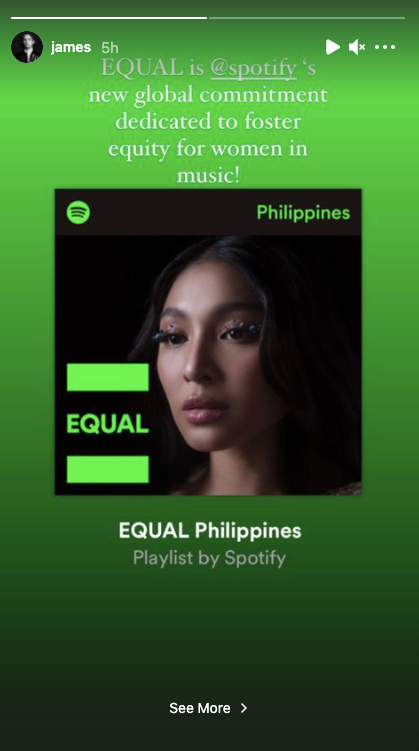 In Spotify’s EQUAL Global playlist, Lustre’s “Ivory” from her “Wildest Dreams” album is featured alongside songs from women artists including Aiko, LiSA, Zoe Wees and Griff, among many others from around the world. Lustre’s photo is, meanwhile, the cover for the local EQUAL playlist.

Lustre’s visual album “Wildest Dreams” was made in collaboration with Careless’ co-founders Bret Jackson and Reid, as well as artists Massiah and Marcus Davis. It was released in November last year and is also Lustre’s first full-length album.  /ra