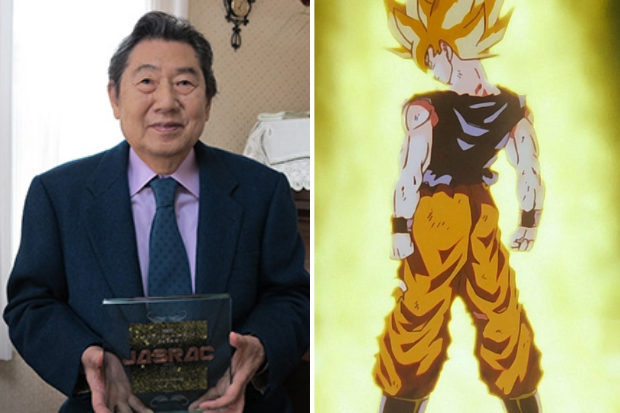 Shunsuke Kikuchi is credited for composing over 400 packages of music for “Dragon Ball” and “Dragon Ball Z.” Images: screengrab from the Japanese Society for Rights of Authors, Composers and Publishers website, Facebook/@DragonBallZ

Renowned Japanese composer Shunsuke Kikuchi, known for his works on anime classics such as “Dragon Ball” and “Doraemon,” has passed away at 89 years old.

The award-winning composer died on April 24 due to pneumonia, as per Oricon yesterday, April 28, via Kotaku earlier today.

Kikuchi, born in 1931, started in the industry back in the 1960s. Among his early works are the themes of classics such as “Kamen Rider” and “Doraemon.”

“Doraemon no Uta” (Doraemon’s Song), which Kikuchi composed with lyrics from Takumi Kusube, remains one of the most iconic anime themes to date, according to the report.

Kikuchi also composed over 400 packages of music for the original “Dragon Ball” anime and “Dragon Ball Z,” for which he was bestowed the International Award by the Japanese Society for Rights of Authors, Composers and Publishers. He also scored “Dr. Slump” and “Tiger Mask,” among others.

Fans have since taken to social media to pay tribute to the legendary composer. “Dragon Ball” Twitter fan account @DBPerfectshots, for one, posted yesterday that Kikuchi’s work “will always be remembered.”

Shunsuke Kikuchi, the composer/musician of Dragon Ball & Dragon Ball Z, has passed away. His soundtracks will always be remembered. Rest in peace. pic.twitter.com/jLvzNu4sGA

“Shunsuke Kikuchi, the legendary, award-winning composer, known best for his work on Dragonball and Dragonball Z, passed away at 89,” he simply said, sharing a photo of young Kikuchi.

Shunsuke Kikuchi, the legendary, award-winning composer, known best for his work on Dragonball and Dragonball Z, passed away at 89. 🙏🐐 pic.twitter.com/Kjm6G7oNp8

A fan who goes by the handle @DudeExclamation on Twitter, meanwhile, made a thread earlier today featuring some of Kikuchi’s major works to share with fellow fans.

Shunsuke Kikuchi's work has been with me for about as long as I've been into anime, so his passing is a major bummer for me. My exposure to his work obviously started with Dragon Ball Z, but through the years he just kept appearing in things I liked! A thread of Kikuchi tracks.

Aside from anime, Kikuchi also worked on several television shows and films. His song “Urami Bushi,” which he composed for the 1972 Japanese film “Female Prisoner,” was also featured in Quentin Tarantino’s “Kill Bill.”

Kikuchi has also received several awards for his works throughout his lifetime. For one, he was given the prestigious lifetime achievement award at the 57th Japan Record Awards back in 2015. Ian Biong. /ra

Read Next
Donnalyn Bartolome claps back at those who insist she should already get married, have kids
EDITORS' PICK
As vaccine injection rate rises in PH, questions linger on how long it would take to reach herd immunity
Palace doesn’t see tension in WPS, only Duterte haters incite it
Retired military, police execs call for unity vs China aggression
Re-imagining EdTech and the classroom in a post-pandemic era
A Spanish Celebracion with Crimson Mactan’s ‘Enye at Home’
CopperMask Philippines shows support for Miss Universe Philippines 2020 Rabiya Mateo
MOST READ
Mexico wins Miss Universe title but Myanmar steals show
‘Check your facts:’ Trillanes disputes Enrile claims on 2012 back-channel talks with China
Palace doesn’t see tension in WPS, only Duterte haters incite it
Pangilinan on China’s threat if PH digs oil in WPS: Why should we be scared?
Don't miss out on the latest news and information.