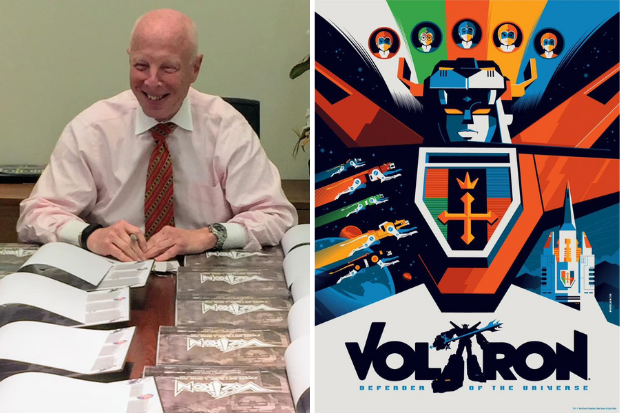 Ted Koplar is the man behind “Voltron: Defender of the Universe.” Images: Facebook/@VoltronOfficial

American television pioneer Edward “Ted” Koplar, who introduced the beloved childhood classic “Voltron” to the world, passed away on April 4. He was 77.

Koplar’s passing was confirmed by the official Facebook page of the said animated series, which paid tribute to him earlier today, April 7.

“We mourn the loss of Ted Koplar, who introduced the world to Voltron. Your heart was as big as Voltron itself, and we will miss you dearly,” the “Voltron” page said.

“Although you’re no longer with us, we know you’ll keep defending the universe,” it added.

We mourn the loss of Ted Koplar, who introduced the world to Voltron. Your heart was as big as Voltron itself, and we…

Koplar is known for growing the family-owned KPLR-TV station, where he produced several shows including news and sports programs, among others.

He became the CEO and president of KPLR back in 1979, which was when the said station started topping the charts of American TV, KPLR Communications said in a statement released yesterday, April 6.

Koplar then founded World Events Productions Ltd. (WEP) in 1980, “whose mission was to seek out and produce innovative programming concepts unlike anything that was then seen on air.”

Among WEP’s many successful programs and shows was “Voltron: Defender of the Universe,” which Koplar released in 1984 and has since become a mega-hit all over the world.

It was aired in over 80 countries on its first run and became an overnight sensation that has left “a mark on children’s animation and pop culture,” KPLR stated.

“Voltron” was primarily based on the Japanese anime “Beast King GoLion.” The former dubbed and edited the latter, allowing WEP to create new storylines deviating from its Japanese counterpart.

Due to its success, “Voltron” went on to spawn several follow-on series including “Voltron: The Third Dimension” in 1998, “Voltron Force” in 2011 and “Voltron Legendary Defender” in 2016, which was made in partnership with DreamWorks Animation and which is set to have a live-action adaptation.

Aside from “Voltron,” Koplar’s many achievements in television earned him a spot in the prestigious Gold Circle by the National Association of Television Arts and Sciences, Mid-America Chapter. Ian Biong /ra