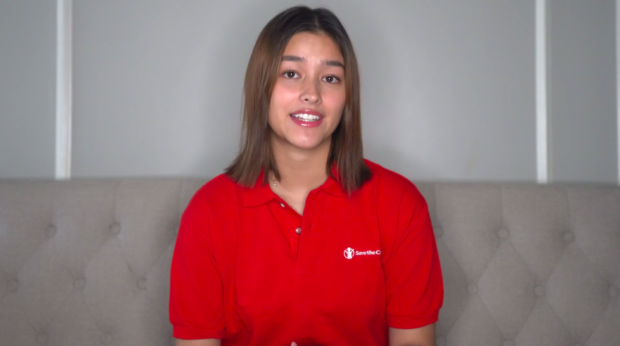 Liza Soberano stressed the importance of children’s rights after being appointed as an ambassador for Save the Children Philippines.

Soberano released a video statement expressing her gratitude to be named for the role, through the organization’s Facebook page today, April 15.

“I’m just so honored to be working with a family who shares the same interests as me,” she said. “I myself have witnessed the change that they have brought upon children and their lives and I can attest to all of the good that they have been doing”

She also stated that she has been a “silent supporter” of Save the Children since 2016, but did not know that it had a counterpart in the Philippines until two years later.

Upon learning about the local arm, she worked with the organization on two projects, the #LahatDapat campaign against malnutrition and “Project ARAL” which aimed to ensure learning for kids amid the COVID-19 pandemic.

“Children are not mere people in the making. They are human beings who deserve equal rights, status, and importance as members of the family.”#LizaSoberanoForSavetheChildren 🥰 As we mark our 40th year in the Philippines, we are pleased to welcome and introduce Liza Soberano as our newest Save the Children Ambassador. ❤ Thank you for taking on this important role, Liza!#ForAndWithChildren #SavetheChildrenPHat40

Posted by Save the Children Philippines on Wednesday, April 14, 2021

“Childhood is the stage in a human being in which they are most vulnerable but that doesn’t make children the possession of their parents, guardians, organizations or the country. They are not mere people in the making,” she said, reminding people about the importance of equal rights for children.

The actress also revealed that she is looking forward to doing “a lot of fieldwork” for Save the Children Philippines since it “grounds” her and encourages her to extend more help to others.

“There’s nothing more grounding and heartwarming than seeing the look on people’s faces when you give them the simplest of assistance,” she stated.

Soberano, a vocal advocate of women and children’s rights, has been involved with similar projects in the past. She has spoken up about online sexual exploitation of children last May and opened up about her own experiences with violence against women in October.

She also revealed last year that she was once hesitant to speak up about social issues, but her perspective changed after she received widespread support from fans and fellow celebrities. JB

Liza Soberano looks into the future with Enrique Gil on his birthday: ‘To growing old together’