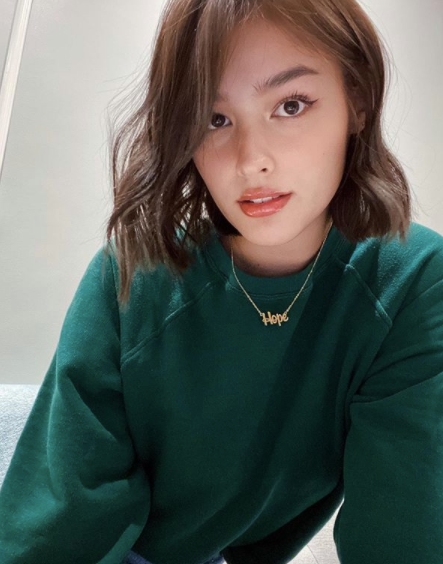 Celebrities, fans and rights advocates have been showing their support for Kapamilya star Liza Soberano after she formally filed a case against the internet provider employee who posted a rape threat against the actress on social media.

The outpouring of support came just a few hours after the actress went to the Office of the City Prosecutor of Quezon City to file the complaint earlier today, Sept. 24.

Actress Alessandra de Rossi, for one, took to Twitter to thank Soberano for standing up and to warn netizens to refrain from posting such distasteful and violent remarks.

“Matuto lang galangin ang isa’t isa online. Lesson na ito para sa lahat,” she said. “Salamat, Liza. ‘Kaso’ is not good and magastos pa.” (I hope everyone learns to respect each other online. This is a lesson for everybody. Having a case is not good and is also expensive.)

“So think before you make a nasty remark. Wala naman may kayang magsabi nun in person, lalong wag mo gawin online kung saan may ebidensya,” she added. (No one will actually say that in person, so do not do it online too, especially because you leave evidence.)

Angel Locsin meanwhile agreed to de Rossi’s sentiment and retweeted the latter’s post. She then expressed her support through the following tweet by simply saying, “Mahigpit na akap, @lizasoberano.” (A tight hug for you, Liza Soberano.)

Soberano’s manager Ogie Diaz meanwhile thanked netizens for making the hashtag “#StandWithLiza” trend on Twitter just shortly after news of the actress’ filing of the case broke out.

Prior to this, Diaz has been vocal in supporting the actress on the issue and even took a swipe at the two employees of the internet service provider.

“Sa dalawang empleyado ng (To the two employees of) @Converge_CSU, good luck po!” Diaz tweeted yesterday, Sept. 23. Attached to his tweet is a link to his YouTube video where he talked about Soberano’s decision to file a case with Mama Loi.

The Gabriela Women’s Party-list likewise showed its support for Soberano, stating that they “stand with Liza during this critical time when violence against women is increasing due to the intensifying culture of impunity.”

“Women have been receiving rape threats online for voicing out their opinions on social issues. Again, WOMEN WILL NOT BE SILENCED,” the group stressed.

Journalist and rights advocate Samira Gutoc also stood by Soberano, stating that “[rape] jokes/remarks must not be tolerated.”

“It should not have a place in the society. I resigned from Duterte admin because of this. We need to keep condemning and fighting. #LabanLang,” she tweeted.

Screenshots of the said employee’s remarks on the actress have been circulating online after Soberano aired her frustration with Converge’s services.

In response to a Twitter user who urged Soberano and Diaz to act on the employee’s misconduct, Soberano promised last Sunday, Sept. 20, that she “won’t let this one pass.”

Converge has since issued a statement apologizing for the incident, stating that it will take disciplinary measures against the employee. JB