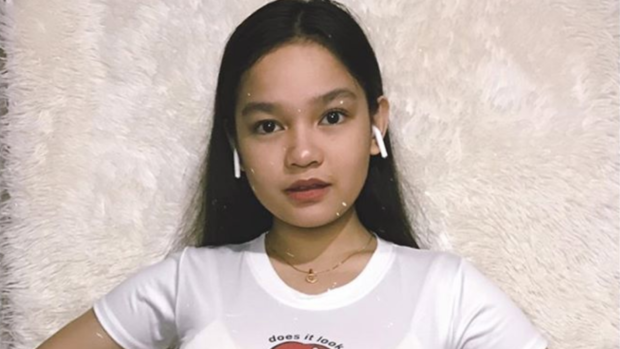 Xyriel Manabat stressed that sexual harassment is never OK after she received lewd comments on one of her photos where she wore a crop top.

The former child star stated that she does not tolerate these remarks, as seen in an interview with Darla Sauler. The TV writer posted their short talk on YouTube on Sept. 20.

Sauler explained that Manabat had gone viral over the weekend due to a photo the actress posted on her Instagram page on Sept. 19. The said image shows Manabat in a white crop top and maroon shorts.

However, she emphasized that she did not feel flattered from the rude and sexual comments she received. Manabat also described the remarks as “below the belt” and reminded others that “sexual harassment is never OK.”

Manabat’s mother later chimed in and said they have no control over what others will comment on her daughter’s pictures.

“Wala na tayong magagawa, asset na natin ito (We can’t do anything anymore, it is already our asset),” Manabat’s mother joked about her daughter’s breasts.

Manabat then urged others to stop making lewd remarks especially toward minors, adding that they are not used to such comments.

She also wished that no one, despite their age, gender or choice of clothing, gets sexually harassed.

Manabat pointed out that her parents have no problem with her photos as long as she is not offending anyone. Following the interview, Manabat revealed that Instagram had taken down her initial post, citing that it goes against community guidelines.

She posted a screenshot of the notice alongside the deleted photo on her Instagram Stories yesterday, Sept. 21.

“How come filthy uneducated comments and sexualizing others is not against their community guidelines while there is NOTHING, not a single thing, wrong with my post.” 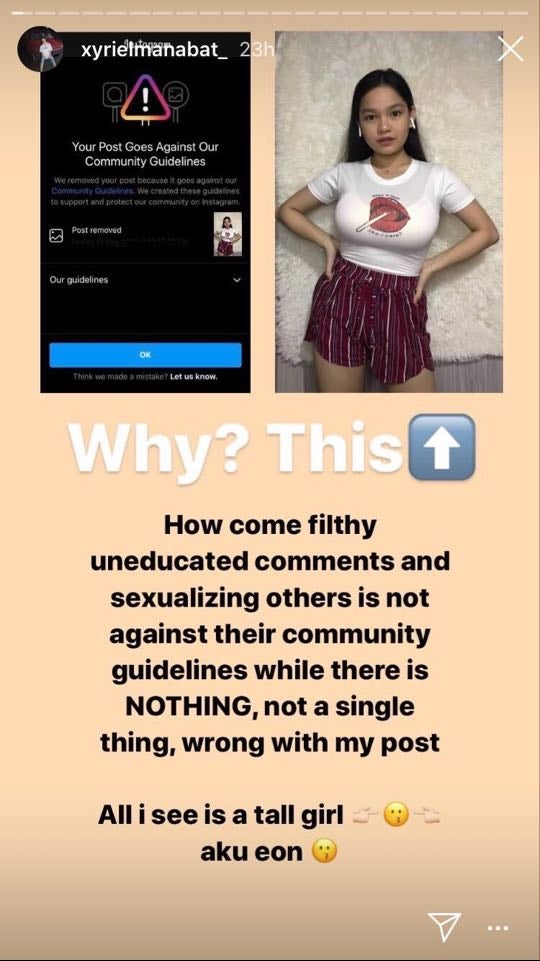 Manabat began her acting career after joining Star Circle Quest in 2009. She later portrayed the titular role of Momay in the 2010 TV series of the same name. She last starred in the 2017 TV series “Wildflower” as the young Ivy Aguas.  /ra