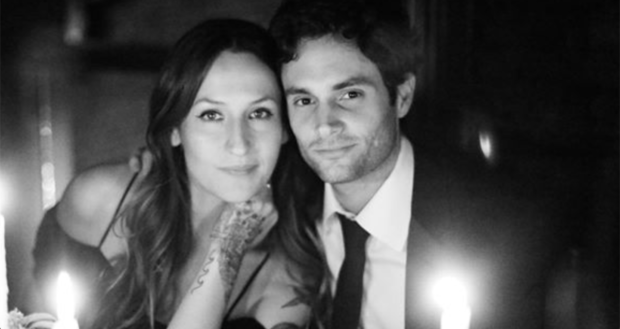 Penn Badgley and his wife, Domino Kirke, have welcomed their first child together after Kirke suffered two miscarriages in the past.

Kirke, a singer and doula, revealed that she gave birth to a baby boy last month, as per her Instagram post yesterday, Sept 21.

“His [heart-shaped] home,” she said alongside artwork of a placenta. Kirke also included the hashtag “#40dayspostpartum.”

She first announced that she and Badgley were expecting their first baby together last February. At the time, she admitted getting pregnant again after suffering two miscarriages is “a whole other thing.”

Kirke added that she has 10 years’ worth of experience in assisting childbirths and treasures what she has continued to learn about pregnancies.

Along with her newborn with Badgley, Kirke also has another son named Cassius, whom she shares with her ex-boyfriend Morgan O’Kane.

The “Gossip Girl” star and Kirke began dating in 2014. The couple got married in a small courthouse ceremony in February 2017.  /ra