Erika Rae Poturnak has warned fans of an unofficial Facebook page that has labeled itself a “personal blog” of the young artist and has been reposting her photos as its own.

The Facebook page called “Erika Rae Raymundo” has already gained a significant social media presence, having over 193,600 likes and more than 210,200 followers, as of writing. 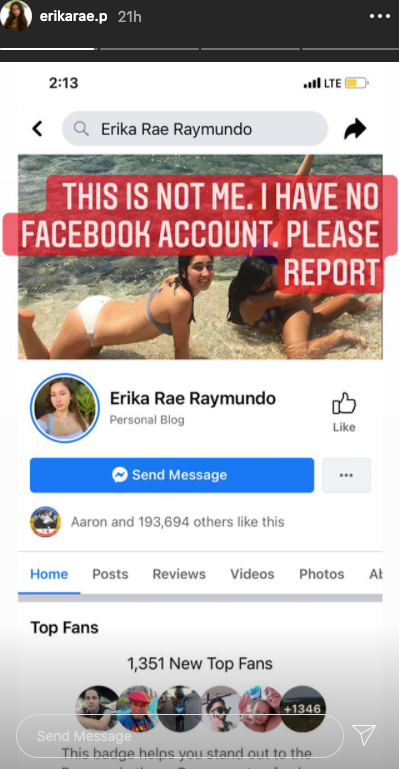 On its “about” section, the page states that it is “not affiliated to Erika Rae Raymundo and its only made for entertaining and for community purposes, reminding you that this is not an official [account].”

Despite the disclaimer, the page has been pretending as the young artist through its captions and comments, even promising followers that Poturnak will give them “fansigns” if they share the page’s posts. 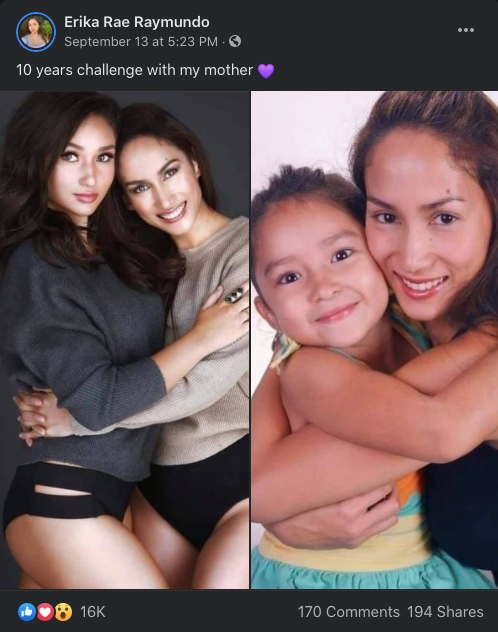 “Soo apparently I do have a fb, here it is,” she said, sharing a link of the official page. 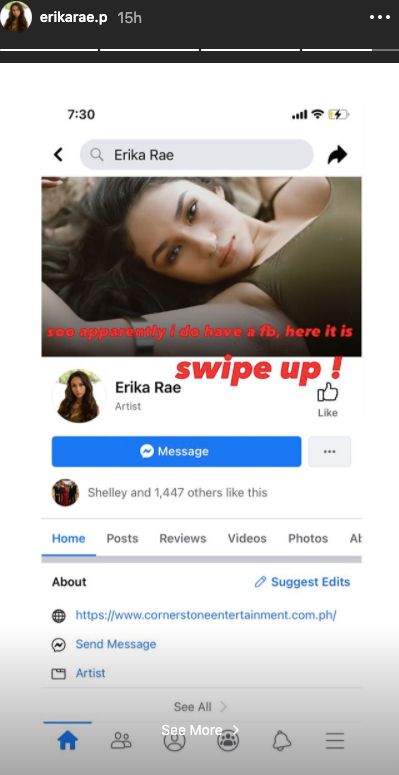 Poturnak’s official Facebook page currently has only 2,200 likes and 2,305 followers, which are relatively small numbers compared to her poser’s.

The young artist officially entered showbiz earlier this month after signing a contract with the said talent management and music production company.

Poturnak is the eldest child of actress-singer Ina Raymundo and Brian Poturnak. She has four younger siblings, namely Jakob, Anika, Mikaela and Minka.

The young artist made headlines late last year when her pre-debut video came out and when she celebrated a “not your typical 18th” birthday on Oct. 20. JB