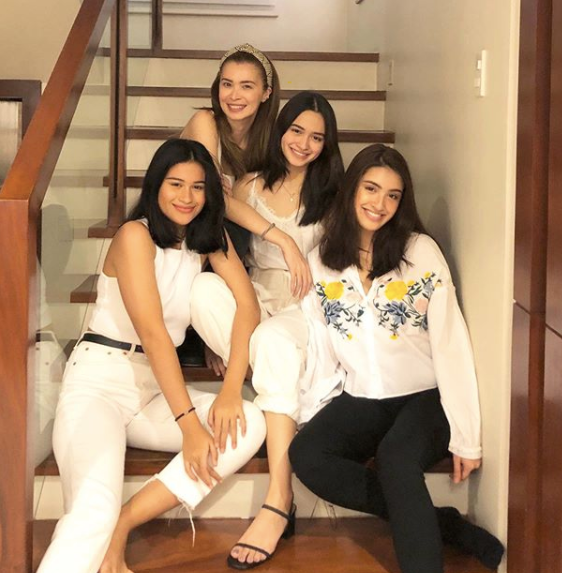 Actress Sunshine Cruz and her daughters has brought to light disrespectful and lewd comments made against them two years ago.

Sunshine’s second daughter Sam shared on Twitter yesterday, July 12 photos of a Facebook post where three of her and her siblings’ male schoolmates made lewd remarks about them.

It appears that one of the boys made a post, stating that juniors in the school had no balls to ask out the celebrity whom he identified as “si Montano.” Two other boys replied to the post, where sexual remarks were made about Sunshine and her youngest daughter, Chesca.

“I hope you’ll have the courage to face us and say these things straight to our faces,” she dared.

Angelina, who graduated from De La Salle Santiago Zobel School this year, opened up about being afraid to speak up on the issue in the past.

“[Two] years ago when this happened, I was hesitant on speaking up about this. I was too scared and was going through a tough time,” she said on Twitter.

“I regret not doing anything, so I might as well bring attention to this now. [M]y youngest sister was 12. [T]his was not [OK] then, it will never be [OK] now.”

Sunshine shared a picture of her together with her daughters today to once again address lewdness from men on social media.

Wala kaming sinasaktan at inaapakang tao. Hindi pagkain o bagay ang mga babae. Anong satisfaction ang nakukuha nyo sa pambabastos nyo sa amin? I may have done sexy movies in the past but it is never a valid reason to treat us this way. pic.twitter.com/qA3BZZKE1i

(We are not hurting or stepping on anyone. Women are not food or objects.)

(What satisfaction do you get out of disrespecting us?)

Sunshine added, “I may have done sexy movies in the past but it is never a valid reason to treat us this way.” JB