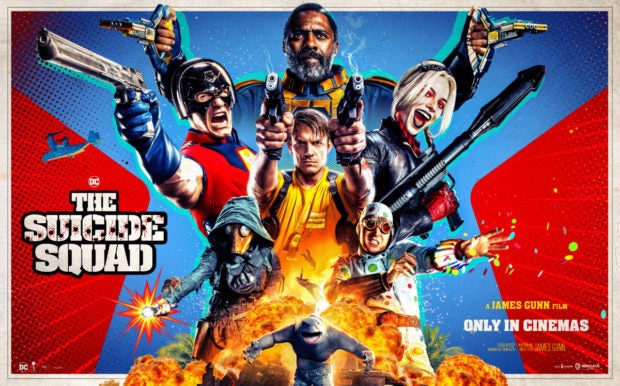 Can you imagine getting hit on your head with a telepathically controlled decapitated arm? No, I can’t imagine that out-of-this-world scenario. But since “The Suicide Squad” is based on a cult hit comic book series from DC Comics of the same movie title, I would believe that is more than possible, in the world of movies.

I am a big fan of the “Suicide Squad” movie that came out a few years ago because it allowed people to see a much more different side to the DCEU and which also showcased the B to C list of villains they have in their roster of supervillains, except for two supervillains and those are Harley Quinn and Joker, who are surely A-list supervillains all the way.

‘The Suicide Squad’ is not entirely a sequel but a soft reboot of it because it adds new elements while also taking out some of the older elements of the first movie that came out. I think that plan was a great idea to implement because it allows the movie studio to “clean up,” if you will, what a majority did not like in the first movie, which was for me an above-average movie. I do wonder, though, if ‘The Suicide Squad’ will mention or reference in any way the events and deaths of the first movie?

People must remember that ‘The Suicide Squad’ is directed by James Gunn who was also the director of the first two “Guardians of the Galaxy” movies. He did a fantastic job in the director’s seat of those hit movies from the MCU because James Gunn added a lot of wit, humor and absurdity to their general tone. Yet despite all of those qualities which should technically not have worked in getting more people to take the said movies seriously, they still worked, and worked they did, because of him.

The trailers alone are so convincing that everyone will have a good time watching “The Suicide Squad” once it is shown. A lot of snippets in the trailers of action taking place and battles featuring most of the two teams of “The Suicide Squad” certainly piques my curiosity. I expect the battles will be intense and already I know that from the very beginning a lot of the members of “The Suicide Squad” teams may die. This is not a spoiler because if you have some iota of intelligence you can figure this out.

The inclusion of key new members to “The Suicide Squad” like Peacemaker, portrayed by former professional wrestler-turned-actor John Cena, was spot-on casting because even in the DC comics, John Cena does resemble physically the supervillain or anti-hero depending on which version of Peacemaker is on the comics.

The other new key member I believe is King Shark for the sole reason that he is the strong arm of the team. From crocodiles to sharks, I like the transition here. King Shark is such a bizarre supervillain, he reminds me a lot of the kind of villains I used to see in a TMNT cartoon or even the MAUI shark character from a forgotten clothing line back in the ’90s. There is an undeniable coolness about King Shark’s whole appearance, size and seemingly child-like demeanor. Also, kids like the supervillain. Interestingly, King Shark is voiced over by action legend Sylvester Stallone. So add one and one, together, you have something special for moviegoers to watch in “The Suicide Squad.” 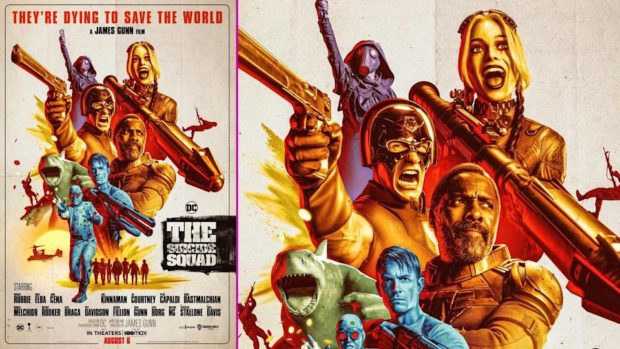 Lately, lately meaning for the last 11 years or more, because time certainly flies when comic book-based movies are churned out one after the other, you sort of end up losing track of time because of the dizzying pace of new releases, and not enough spacing or breathing room is left between MCU and DCEU for anyone to fully absorb every single movie. The good thing though is you will never run out of new comic book-based movies to watch every single year. Add to this spinning wheel the revisions, reboots and reimaginings of already released comic book-based movies, I do not see any end to this ever. So, hey! I am looking forward to “The Suicide Squad 0.3” which will be the semi-sequel of the prequel of the soft-reboot. It may happen.

I don’t know why more and more people seem to root for the “bad guys” in movies. Maybe, it is the reflection of the times? But I am not here to be philosophical or to bore anyone with that stuff because this is about comic book-based movies.

All I can say is that the supervillains from DC films seem to be a lot cooler and even relatable to some. I have yet to hear from anyone rooting for Thanos from the MCU! But the DCEU supervillains have something about them that blurs those lines between common logic, of why you should be on the side of the superheroes and not the supervillains. However, if that is your thing, definitely “The Suicide Squad” from DC Films and Warner Bros. Studios is the movie for you.