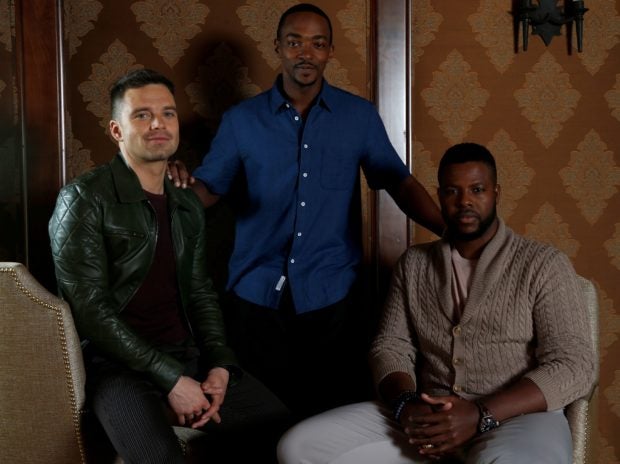 LOS ANGELES — Marvel Studios’ newest TV spinoff, “The Falcon and the Winter Soldier,” promises to show fans what life is like in the superheroes’ universe following the spectacle of the 2019 film “Avengers: Endgame.”

The pair were last seen coming back from oblivion in the movie “Endgame,” along with half the world’s population after they were erased out of existence by adversary Thanos, a period known as the blip.

“The biggest question is ‘What is the new normal post-blip?,'” Mackie said in an interview with Reuters. “Everyone is trying to figure out how they fit back into society. So that’s the big question that’s answered.”

Both Mackie and Stan developed backstories for their characters, who had largely supporting roles in the Marvel films, and worked with writers to help create the series.

“Those movies are able to be fun and muscular but very, very grounded and deal with very, very serious issues in a way that doesn’t alienate people,” Spellman said.

One of the issues explored in “Falcon and the Winter Soldier” is racial discrimination. In the first episode, Wilson tries and fails to get a loan from a bank, and throughout the series the character grapples with how a Black man should represent a country that he feels doesn’t represent him.

“I was grateful to have a chance to be a part of making sure it was honest and making sure that his Blackness wasn’t muted — do you know what I’m saying — and his opinions were real,” Spellman said. JB