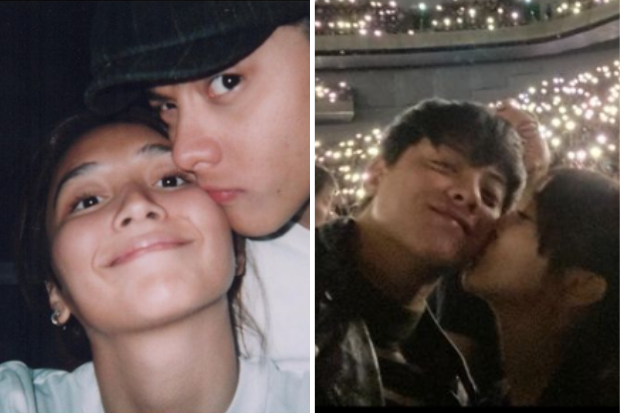 A few days after Kathryn Bernardo’s 25th birthday, Daniel Padilla expressed his love and appreciation for his longtime lover by borrowing the words of Michael Buble’s “That’s All.”

“I can only give you love that lasts forever, And a promise to be near each time you call / And the only heart I own
For you and you alone, that’s all, that’s all,” Padilla posted on Instagram earlier today, March 31.

Aside from the romantic lyrics of the whole song, Padilla’s appreciation post came with many photos of Bernardo, as well as of them together, on different occasions.

Bernardo and Padilla’s KathNiel tandem, which has stayed strong for almost 10 years now, has been one of the country’s top love teams to date.

The two have come a long way since their first pairing in 2011’s “Growing Up,” as they have now starred in several blockbusters including “She’s Dating the Gangster,” “Barcelona: A Love Untold” and, most recently, “The Hows of Us.”

Following the success of “The Hows of Us,” Bernardo and Padilla starred again in the digital series “The House Arrest of Us,” which previously claimed the top trending spot on Netflix.

While “The House Arrest of Us” ended in January, Bernardo and Padilla this year are again set to star in a new show, which is being written by actor-poet Juan Miguel Severo.  /ra