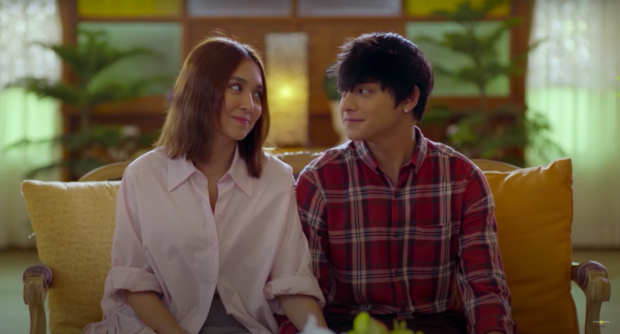 Kathryn Bernardo (left) and Daniel Padilla in “The House Arrest of Us” (Image: screengrab from YouTube/ABS-CBN Star Cinema)

Kathryn Bernardo and Daniel Padilla’s digital series “The House Arrest of Us” has been sitting on the No. 1 trending spot on Netflix Philippines since its debut.

The series tells the story of the newly engaged couple, Q and Korics, respectively played by Bernardo and Padilla, who are forced to live in one house with both their families due to the pandemic.

“The House Arrest of Us,” directed by Richard Arellano, debuted on the said streaming platform on Feb. 1. It first premiered on KTX in October 2020 and ran for 13 episodes until Jan. 16 this year.

Aside from “The House Arrest of Us,” Bernardo and Padilla’s other projects such as “Barcelona: A Love Untold,” “Crazy Beautiful You,” “Can’t Help Falling In Love,” “Must Be Love,” “She’s Dating the Gangster,” and “The Hows of Us” are also available on the streaming platform.  /ra