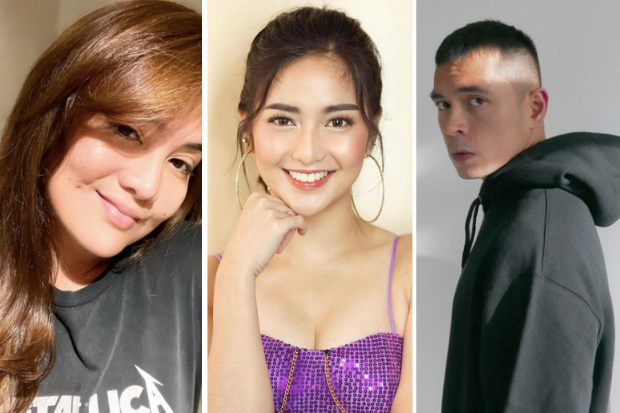 Dimples Romana, Charlie Dizon and Jake Cuenca (from left) will be taking on the main roles in ABS-CBN’s “Viral.” Images: Instagram/@dimplesromana, @charliedizon_, @juancarloscuenca

Dimples Romana and Jake Cuenca are set to return to ABS-CBN to lead the upcoming series “Viral,” where they will be joined by “Fan Girl” star Charlie Dizon.

“Viral,” produced by ABS-CBN’s production arm RCD Narratives, has no specific release date yet, but it is promised to be “coming soon,” as seen on Twitter on Feb. 3.

“Viral” will see the return of Romana and Cuenca in a Kapamilya series as they both star in separate TV5 shows, “Oh My Dad” and “Ate Ng Ate Ko,” respectively, as allowed by ABS-CBN.

Dizon, who was hailed best actress for her role in Antoinette Jadaone’s “Fan Girl” in the most recent Metro Manila Film Festival, took to Instagram to express her excitement for the show.

“So excited for this project. Thank you Lord,” she posted also on Feb. 3. This will also be Dizon’s first time playing a main role a teleserye.

The young actress also shared through the following post a teaser for the said series, giving fans a glimpse of what to expect from the drama directed by Dado Lumibao and Froy Allan Leonardo.

In the said teaser, Dizon’s still unnamed character appears to have been caught in a sex scandal that went viral.

“Hindi niyo alam ang buong kwento. ‘Wag niyong sukatin ang pagkatao ko dahil sa napanood niyo (You do not know the whole story. Do not judge me based on what you have watched),” Dizon’s character said in the teaser.

“Viral” is set to be released on the Kapamilya Channel, Kapamilya Online Live, iWantTFC and A2Z Channel 11.  /ra