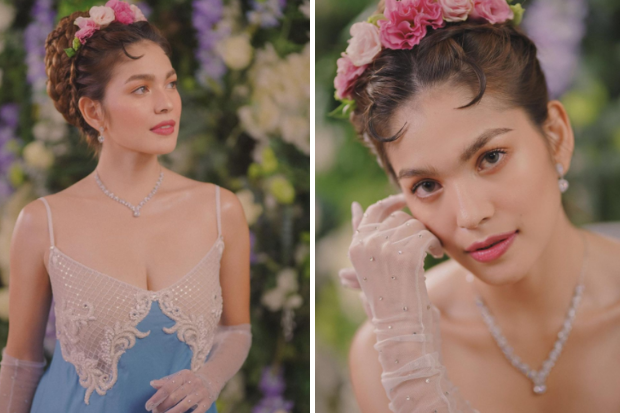 Andrea Torres stated that she is not yet ready to love again after her breakup with Derek Ramsay, adding that she has a personal rule about giving second chances.

“All out kasi ako sa relasyon. So kapag dumating sa point na kumalas na, alam ko sa sarili ko na nasagad ko na,” she said in a guest appearance for “The Boobay and Tekla Show” on Sunday, March 28. (I give it my all when I’m in a relationship. So when the time comes that we have to break up, I know that I gave everything I had.)

“Hindi pa. Usually kasi, kapag ganito, binibigyan ko talaga ng time ‘yong sarili ko para maging mag-isa. Para kapag dumating ‘yong next, all out ulit,” Torres said. (Not yet. Usually, at times like this, I give myself time to be alone. So when the next person comes, I can give it my all again.)

The comedy show’s hosts Boobay and Tekla also showed a video of her ex-boyfriend Sef Cadayona. In it, Boobay and Tekla teased the actor about Torres and asked him if he would be open to courting her again.

“Hindi ko masasabing liligawan. Reconnect, pwedeng reconnect. Pero happy naman kami ngayon as friends e,” Cadayona told Boobay and Tekla in the episode, as seen on GMA’s comedy channel YouLOL on March 1. (I can’t say I would court her again. Reconnect, I can reconnect. But we are happy right now as friends.)

Torres agreed with the StarStruck alumnus, stating she was indeed friends with him. But she also noted that there was a time when they did not communicate with each other, and they have not reminisced their relationship since it ended in 2017.

It has been a few months since Torres confirmed her breakup with Ramsay, a split that the actor claimed had “no hate” or regrets. They were together for over a year. Ramsay is currently dating actress Ellen Adarna. JB

Read Next
‘That’s Entertainment’ stars to reunite in musical biopic ‘Yorme’
EDITORS' PICK
Tired of your Wi-Fi signal problems at home? Here’s a solution!
POVA x Mobile Legends Bang Bang: A partnership that’s built to win
Infants bundled off; no one hurt in PGH fire
OPINION: Mischief Reef – where it all started
Must-know scams to avoid when buying cars
Fire-damaged PGH calls for donations
MOST READ
Leonen impeachment case moves forward in House
Hot, humid weather for PH on Monday — Pagasa
Mischief Reef – where it all started
Woman believed to be dead wakes up minutes before her cremation
Don't miss out on the latest news and information.