Drawing dating speculations since January, Ellen Adarna and Derek Ramsay yesterday posted separately photos of them together on Instagram for the first time.

Ramsay shared a selfie of him and Adarna on a golf cart yesterday, Feb. 24. “Thank you!!” he simply wrote in the caption.

The post comes after the two shared photos and videos of them spending the day together on the golf course via Instagram Stories.

The “John En Ellen” actress, meanwhile, shared a series of photos of her playing with Ramsay’s hair also yesterday.

Her friends appeared to be supportive of them. Furniture designer Vito Selma, for instance, wrote in the comments section: “Best in [fast forward emoji].”

“So happy for you guys,” actor JM Rodriguez said.

The two actors first made headlines when Ramsay hosted friends at his home in January and Adarna was one of his guests. The actress told the Philippine Daily Inquirer that she and Ramsay were neighbors and that “there’s really nothing” between them.

In the weeks that followed, the two spent more time together on out-of-town trips, as seen on their Instagram Stories. These hangouts were with friends and Adarna’s 2-year-old son with ex John Lloyd Cruz, Elias.

It appears that something has been developing between them, especially when Ramsay’s friend Gerry Santos described the actor as “in love” with Adarna on Instagram Stories on Sunday, Feb. 21. 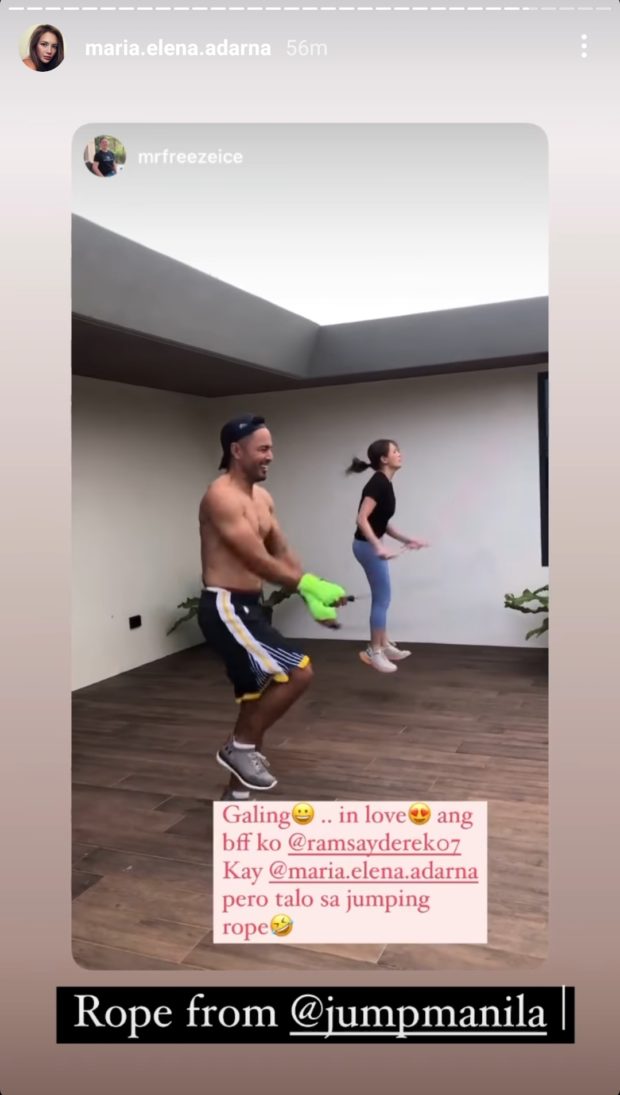 They also have their share of bashers, with some saying Ramsay moved on so fast after he confirmed his split with actress Andrea Torres last November. However, they seem unfazed by the negative comments as they apparently enjoy each other’s company.  /ra