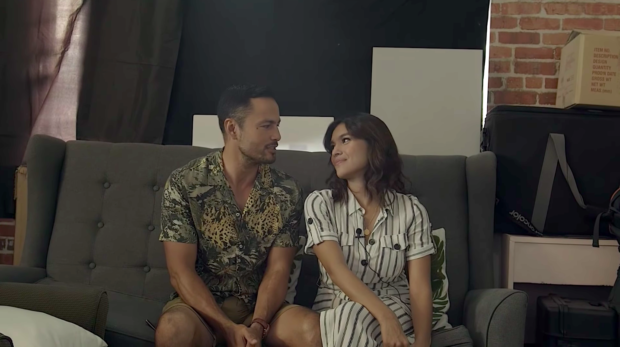 Derek Ramsay and Andrea Torres in one of their vlogs this year (Image: screengrab via YouTube/Andrek Vlogs)

Derek Ramsay has finally confirmed that he and Andrea Torres have called it quits following breakup speculations.

The 43-year-old actor admitted yesterday, Nov. 19, that the two had split after an Instagram user, one @rhodorasaniano1766, left a comment in his latest post stating that “something is wrong with Andrea” because his previous relationships lasted longer.

“[Please] don’t point the finger at anyone. There is nothing wrong with Andrea. She is a great woman,” said Ramsay.

“There is no third party!!!!” he stressed. “The breakup has happened so fast. Maybe [two] people are just not meant to be.”

“[Please] respect us [na lang],” he appealed. “We shared our love to all of you sana naman (which is why I hope) we can keep this to ourselves.”

Fans suspected there was trouble between the two when both actors removed photos of them together in their respective Instagram accounts. A source close to the 30-year-old actress confirmed to the Philippine Entertainment Portal that they had indeed broken up.

After the two worked together while filming GMA teleserye “The Better Woman” in April 2019, they confirmed that they had “feelings for each other” in September of the same year. They introduced a joint YouTube channel, Andrek Vlogs, in February 2020. The account is still up, with the last video uploaded in September.

One of their last appearances as a couple could be a vlog from celebrity cosmetics expert Vicki Belo. Released last Nov. 5, it featured the two during a visit to Ramsay’s home.  / ra