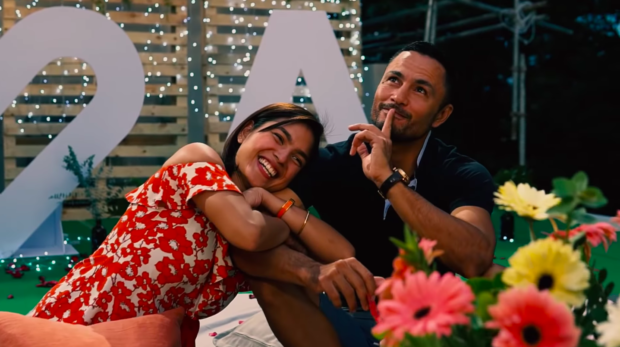 Derek Ramsay is taking the heat on social media after speculations were made that he and Andrea Torres have broken up.

Ramsay responded to a handful of comments made on his latest photo on Instagram on Monday, Nov. 16, where he was criticized not only for the breakup but also his past relationships.

“Hello [ma’am] there is no truth to what you are saying!!!” Ramsay said. “Andrea is the only leading lady I had that became my [GF].”

“I think he’s not into marriage,” said a certain @cguevarraa, to which the actor replied, “I think you are wrong.”

Instagram user @he.ro4476 remarked on the short-lived relationship, telling Ramsay, “How many months [did this relationship last]? That’s who you are already.”

“How can you be happy and laugh about all the things you are saying?” Ramsay wondered.

He also told off social media user @sharediputa who said he had exchanged his ex-girlfriend Joanne Villablanca for someone with “big boobs.”

Ramsay and Torres fueled breakup allegations after they both removed photos of them together in their respective Instagram accounts. Torres has also unfollowed Ramsay on the social media platform. Meanwhile, the Philippine Entertainment Portal reported that the two had indeed split up, according to a source close to Torres.

The two got to know each other while filming GMA teleserye “The Better Woman” in April 2019. At the time, Ramsay was still with Villablanca; they would part ways by June 2019.

He and Torres confirmed they had “feelings for each other” in September 2019. It appeared that they were serious about each other as they even had a joint YouTube channel by February of this year.

Both have yet to comment on their relationship status as of this writing.  /ra