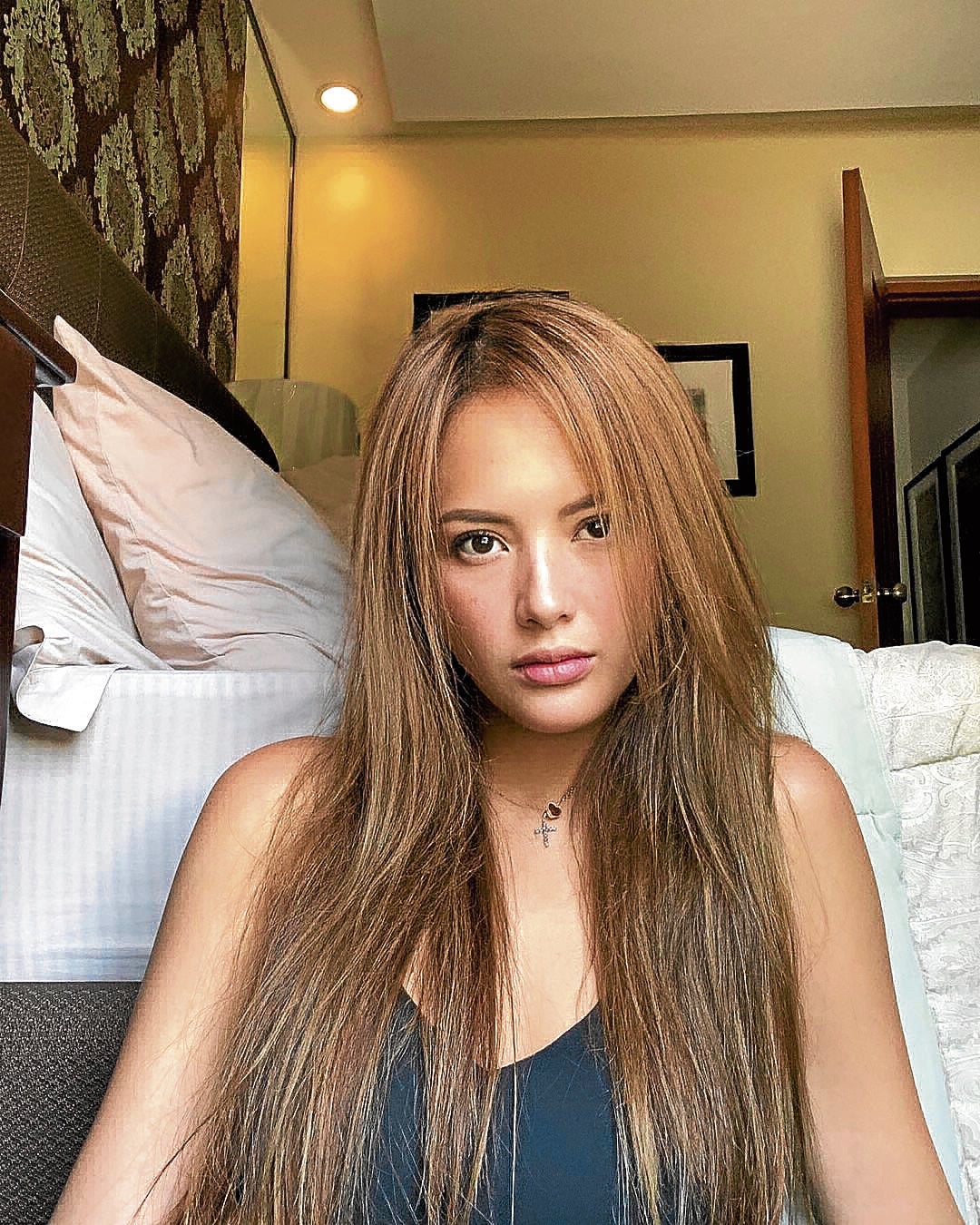 Nowadays, Ellen Adarna said she’d make sure that the people she hangs out with have all been tested negative from COVID-19, or those who hardly go out of their homes, too. Such was the case of the people she had dinner with recently—the one hosted by controversial actor Derek Ramsay, who has been linked to her.

“It was safe because we’re neighbors. He lives five houses away from where I’m staying. It was a get-together of people we know from the village,” the actress told Inquirer Entertainment in a recent exclusive virtual chat.

Also invited to the party was their “neighbor” Ruffa Gutierrez, whose Instagram photos and videos of Ellen and Derek have already gone viral.

Ellen said she was aware that people have been “speculating” that there was something romantic going on between the two of them, but added that she and Derek “merely laughed about it because there’s really nothing. We just let them. Those who know us would say, ‘So what? They’re single and they look good together.’”

After taking a break from show biz for over two years, Ellen is making a comeback via the sitcom titled “J&E: John en Ellen” on TV5. We asked her whether she was also ready to once again be subjected to public scrutiny, and she replied with: “People have never stopped (scrutinizing me), anyway. Rumors, controversies have always been there—nothing new. I also have no reply to the comments of these people. Their comments are beyond my control. One thing that I’ve learned after working in this business for years is to not focus on things I cannot control.” 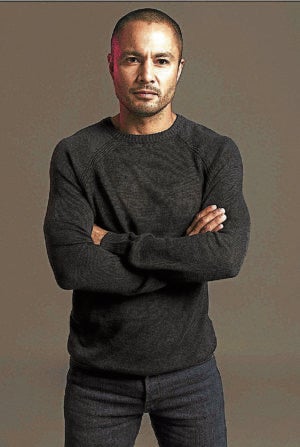 Ellen admitted that she really didn’t have any immediate show biz plans. “My son (2-year-old Elias) is still young and he needs me. It’s just that the timing was good. The taping was scheduled at the time my son and I were supposed to be here in Manila. Elias will be spending time with his dad (actor John LLoyd Cruz),” Ellen shared with Inquirer Entertainment.

“They also said I’d only be working for five days, so I said, ‘OK, let’s try this!’ Anyway, it’s a sitcom and is very light. It sounds like fun. At least, I have something to do while I’m here and Elias is with his Papa.”

Ellen and John Lloyd have broken up shortly after she gave birth. Ellen and her son will return to their home in Cebu in February, when taping for the show is finally done.

“I play as myself. That’s why it doesn’t require much energy,” she began. Just like the 1970s sitcom “John en Marsha,” from which their show was patterned, Ellen said the story of “J&E” is focused on family. “While the show has different conflicts, the problems are very light. It’s all about being positive despite the sad situation we are all going through,” she explained.

As to how her being a mom changed Ellen as an actress, she said she still couldn’t say. “Because this show is just basically me. I also think I’m not ready to accept anything that’s too heavy yet, or something that I’d have to be in character all the time because my energy is still focused on my son,” she declared. 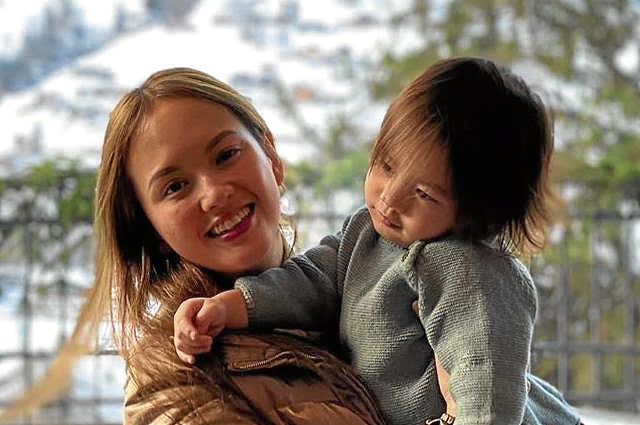 For Ellen, giving birth to Elias is definitely a game-changer, especially since she used to be a socialite and a well-known party girl.

Ellen, now 32, said her main priority these days is to keep her son healthy and safe. “I don’t go out much anymore. The change happened even before the pandemic. It started when I got pregnant. I had a difficult pregnancy. My doctor had asked me to stay in bed during the first three months because I was bleeding,” Ellen said.

“Of course, I still couldn’t go out after I gave birth. I had an infant to take care of. This has been my life for two years now, make that three if you’d include the pregnancy,” she pointed out. “When you’re a mom already, you don’t have the energy to go out anymore. You become different. Going to clubs, partying, they’ve become the least of your priorities.”

While she never really tried to hide Elias from the public, this was the first time we heard her talk openly about the boy. We then asked Ellen to describe what Elias is like. “He’s funny—of course, he’s my son! He’s very easy to take care of. I never had any problems with him since he was never a crybaby when he was younger,” she beamed. “Elias likes boys’ stuff—cars, balls. He enjoys playing in the kitchen so he has his own kitchen playset. He likes watering the plants, too. I think he might have a green thumb.”

When it comes to the possibility of Elias following in the footsteps of his actor-parents, Ellen said, “I’m not going to stop him. If he wants, so be it. Yes, show biz is chaotic, but it’s also a career that builds your character. You get to meet a lot of interesting people. It broadens your mind.”

She added: “I’m not really the controlling type. I will give him the freedom to choose what he wants, but I want him to finish school first.”

Her wishes for Elias? “That he will grow up to be a strong person; someone with a strong will and good self-control,” Ellen said. “My prayer for him and for the rest of my family is that we will all be more understanding and patient in dealing with each other, and with other people. And for the rest, world peace, even though it seems impossible to happen right now.”