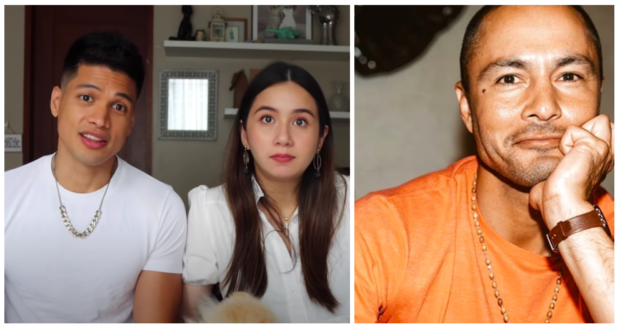 Vin Abrenica revealed that he once got jealous of Derek Ramsay over a conversation that the latter had with his fiancée Sophie Albert.

Abrenica made the admission as he answered questions from fans through the couple’s YouTube vlog on Sunday, March 21. The couple was asked by a fan of an instance where they got jealous of each other’s co-actors, and Abrenica quickly said Ramsay’s name.

“I have a reason why. Boys would understand me on this, even girls,” he said, talking about Albert’s conversation with Ramsay when they were working in TV5. Abrenica recalled Ramsay asking Albert if she had a boyfriend, to which she answered, “I’m seeing somebody.”

“Derek is in the same network. Magkakasama tayong lahat (We are all together). I was there. He knows me too,” Abrenica stated. He did not understand why his girlfriend gave that answer, instead of just telling Ramsay that she was dating him.

But in her defense, Albert explained that at the time, she and Abrenica had not publicly admitted their relationship yet.

“I wasn’t close to Derek. It was like the first time I had a conversation with him or I met him. So I said ‘I’m seeing someone,'” she said. “That was my way of being loyal instead of saying, ‘no, I’m single.'”

Albert recently gave birth to their first child. The couple has also revealed that they were moving in together and are engaged. JB

Vin Abrenica, Sophie Albert moving in together: ‘Another milestone for us’