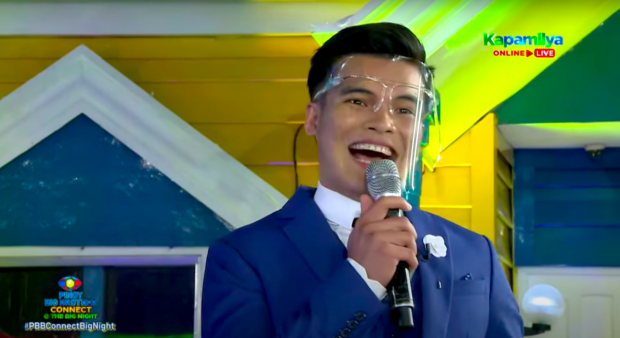 After getting 20.9% of public votes on “Pinoy Big Brother: Connect,” he snagged the grand prize of P1 million and a house and lot yesterday, March 14.

The 21-year-old was dubbed the “Dong Diskarte ng Zamboanga del Sur” and proved it on the show. He was a favorite of his housemates as he took care of things around the house, such as handling the cooking and caring for his housemates.

Prior to entering the house, Pinatacan was a culinary student who came from a poor family and is the eighth of nine siblings. He would help his parents with farming and selling bananas.

After his win, director Lauren Dyogi revealed that Pinatacan came in as a backup housemate.

“We decided to bring in Liofer when a supposed housemate did not pass the medical exam. You were destined to win this season,” he said on Twitter on the same day.

Congrats Liofer, PBBConnect Big winner! Now it can be told that Liofer was only a backup housemate. We decided to bring in Liofer when a supposed housemate did not pass the medical exam. You were destined to win this season. Congrats Liofer!#PBBConnectBigNight

“PBB: Connect,” which premiered last Dec. 6, is the 15th edition of the reality show franchise in the country. It is the first “PBB” season to run during the pandemic and the first not to air on ABS-CBN after the network was denied a franchise by Congress. JB