Julia Barretto says she doesn’t want to judge her haters: ‘I know what it’s like to be judged’ | Inquirer Entertainment
Close
menu
search

Julia Barretto says she doesn’t want to judge her haters: ‘I know what it’s like to be judged’ 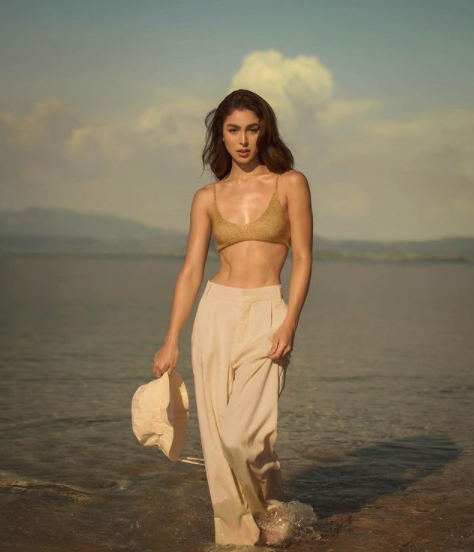 Having been in show biz since her childhood, Julia Barretto has had her share of both admirers and haters.

Lately, she has drawn controversy for her newly confirmed relationship with 32-year-old actor Gerald Anderson. The actress discussed how she deals with the negative comments that come her way, as seen in photographer BJ Pascual’s vlog of her photoshoot for her 24th birthday.

Pascual mentioned that he knows her as “genuine and real,” which is why he does not understand where bashers come from.

“Minsan feeling ko OA na (I feel like sometimes it is over the top),” he noted.

“Crucified,” Barretto said with a laugh.

Barretto said she learned early on from her family being in the spotlight that “whether you do something good or bad, people will always have something to say.”

(They will always have something to say despite the good you have done. There are people like that.)

When asked if she ever answers back, Barretto said she does it only when a line is crossed, and that she will not throw back the negativity.

She also seems to have some empathy for her critics.

“I’m always hoping for the best for them every time I reply… For you to be talking to me this way, you must be going through something,” she said. “Kung at peace ka, masaya ka (If you are at peace, if you are happy), you’ll not talk to anybody that way.”

“I look at it na (as), maybe they’re not okay, maybe there’s something they want to improve in their lives or change about their life na hindi pa nababago (that cannot be changed),” she stated. “I just don’t want to judge also, because I know what it’s like to be judged.”

That said, taking in hateful and hurtful comments could still take a toll on oneself. So how does she do it?

“The older I’m getting, I’m slowly starting to realize how important it is to compartmentalize things: what matters and what doesn’t matter,” she explained.

“Sometimes, when it’s the opinion of people who don’t have a significant role in your life, who really don’t matter to you, who you don’t even know, I’m never going to be affected by it,” she said. “Because you don’t know me, I don’t know you, we can’t judge each other. It’s just not possible.”

She said she listens to the opinions of her family and friends—“people who are close to me, the ones who really know me.”

Before she and Anderson went public with their relationship, she denied being part of his breakup with ex Bea Alonzo in 2019. She also said that she and former love-team partner, Joshua Garcia, broke up with no third party involved. Niña V. Guno /ra

Read Next
Lady Gaga sends message of support to Japan on 10th anniversary of 2011 earthquake, tsunami
EDITORS' PICK
Golden girl Hidilyn Diaz ‘nervous’ but never in doubt during Olympics performance
Connect to PH’s fastest network with new Signature Plan Lite at only P599 per month
Hidilyn Diaz wins weightlifting gold in Tokyo Olympics
Tips for a cheerful life
‘A national treasure’: House preparing hero’s welcome for Hidilyn Diaz
Harnessing technology for quality education
MOST READ
Hidilyn Diaz wins weightlifting gold in Tokyo Olympics
Go to war with China over West PH Sea? It will be a ‘massacre’, says Duterte
Hidilyn shoots not only for gold but also for permanent place in PH sports history
Lacson calls out Duterte, says there is underspending of Bayanihan 2 funds
Don't miss out on the latest news and information.