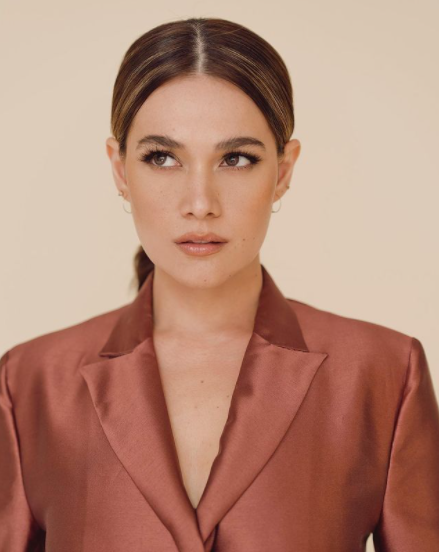 Could Bea Alonzo be taking a dig at ex-boyfriend Gerald Anderson after he confirmed his relationship with Julia Barretto?

After more than a year of speculation on whether he and Barretto were an item or not, Anderson did a tell-all through a March 5 exclusive interview with Boy Abunda, stating that he was “very happy” with his “Between Maybes” co-star.

And when it came to discussing his controversial breakup, he claimed that his relationship with Alonzo was “toxic.”

Alonzo, meanwhile, has been enjoying her time in her Zambales home, and fans could not help but read into her latest Instagram post yesterday, March 6.

Reflecting on the time she has spent with loved ones during the pandemic, Alonzo wrote, “So, here’s to TIME!”

“Time that is best spent with family, [time] that heals all wounds, and TIME AS THE ULTIMATE TRUTH TELLER!” she declared, ending her sentence with laughing emoji.

It could be recalled that in 2019, Alonzo accused Anderson of “ghosting” her and liked Instagram posts that showed Anderson and Barretto together at a birthday party.

Anderson denied that a third party was involved in their split. Barretto, in a statement to defend herself, claimed that Alonzo “encouraged a culture of hate by purposely liking harmless photos.”

Following the messy breakup, both Anderson and Barretto appeared to be more ready to talk about their love life this 2021. Barretto hinted that she was “taken” in a TikTok video last January while Anderson said he looked forward to getting married in a friend’s vlog last month. JB