Derek Ramsay reveals he and Ellen Adarna were set up on blind date, believes she’s the one | Inquirer Entertainment
Close
menu
search

Derek Ramsay reveals he and Ellen Adarna were set up on blind date, believes she’s the one 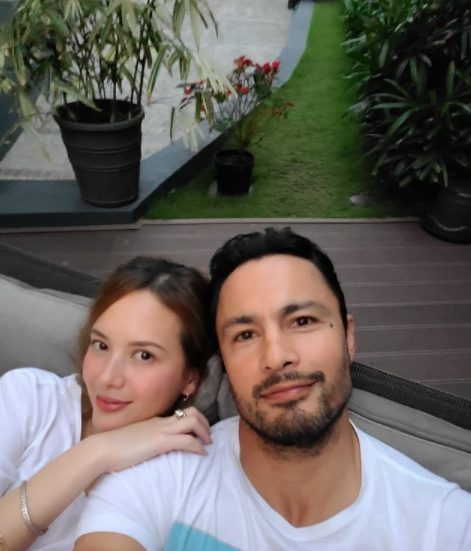 After confirming that he and Ellen Adarna have been dating for a month, Derek Ramsay has now declared that she’s “the one.”

The actor made the revelation in an exclusive interview with Mega today, March 1.

He shared the story behind the dinner party in January that got people talking, when it seemed like sparks were flying between him and Adarna.

Ramsay said he was set up on a blind date but felt hesitant about it. However, he still showed up, and that was when he met Adarna. He described the date as a “wonderful evening.”

During the date, Ruffa Gutierrez spotted them and approached them. She told them that all three of them were neighbors, and that was when Ramsay decided that he would host a dinner party.

He realized he had feelings for her at the dinner at his home, and wanted to resist it.

“She met my dad. My dad was seated right beside her. Most women would have been, you know, prim and proper. But she was herself. And that’s what made the evening really, really wonderful,” he said in the report.

“It was just so easy. And yeah, we had a wonderful evening. And that’s when I said, ‘Oh no! Meron akong nararamdaman! Patay! (I feel something for her! We’re screwed!),’” he added. “I tried to put it out. I tried to put it out. But she’s just so fun to be around. And it was just fun. Every day, it’s just even more fun. There’s no boring, dull moment.”

Multiple times in the interview, he calls Adarna “the one,” explaining that he feels a “chemical reaction” with her.

“I think she’s the one. And I say it’s gonna happen quick,” he was quoted as saying. “I’ve had so many relationships, you know? But there’s nothing like this talaga (really). Like we were up all night just talking about it. Two Alphas. We’re both f*cking Alphas!”

When he was asked if Adarna is “the one he’s going to marry,” Ramsay replied, “My heart tells me if I don’t follow through with this one, I’ll regret it. Everything in my heart is telling me that, she’s the one. And my heart’s telling me, I did not even listen to this anymore (points to his head).”

While Ramsay has been criticized for moving fast with this relationship, he answered that he and Adarna did not waste time. He also pointed out that people around them “knew it would happen,” despite him and Adarna being initially in denial. He asserted that he is not scared nor worried anymore.

Prior to confirming their relationship, Adarna said in January that there was nothing between them. However, they raised eyebrows as they spent more time together with friends and with Adarna’s son Elias, whom she shares with ex-boyfriend, actor John Lloyd Cruz. Both Ramsay and Adarna have since been more open about showing how in love they are with one another, with their couple photos on social media. Niña V. Guno/JB