Rica Peralejo weighs in on stint as sexy star: ‘I did some really horrifying, not-so-proud-of things on screen’ | Inquirer Entertainment
Close
menu
search

Rica Peralejo weighs in on stint as sexy star: ‘I did some really horrifying, not-so-proud-of things on screen’ 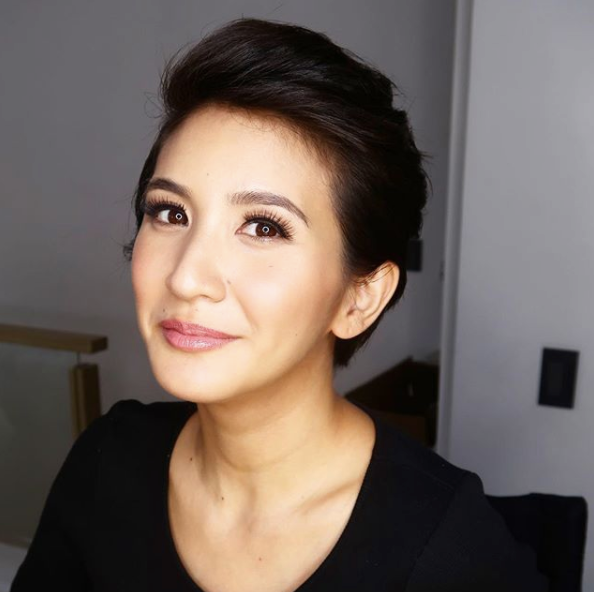 The actress, 39, answered questions from fans in her vlog last Friday, Feb. 19, covering topics from her love life to her acting career.

Peralejo started out in the business early when she joined youth variety show “Ang TV.” She said in her vlog that all she wanted to do was sing, which is why she agreed to enter the entertainment industry.

When asked why she became a “sexy star,” Peralejo said, “Like many things in my life I really don’t make [the] decision.”

“I was already a few years old in the business and they were telling me to ‘change your image for you to be able to survive,’” she recalled.

She took on mature roles, which she ultimately regrets.

“That means I really bared some parts of my body and did some really horrifying, not-so-proud-of things on screen just so we could give something to our producers for a movie,” she said.

“Iyong pagsisi ko lang din (My regret is that), what I did caused other people to sin, or at least aggravated it, contributed to the defiling of who they are. That’s, of course, heavy on me.”

Another decision that she is not clear about is why she got breast implants at 18. She got them removed in 2017.

“After how many years I understood na hindi ko pala kailangan ‘to at tsaka hindi pala ako ‘to (I did not need this and this is not me),” she said.

She has nothing against those who get boob jobs, but she personally cannot remember why she wanted them. Having them removed then helped her feel “so much peace.”

Peralejo has clocked in about two decades in show biz, and one of the questions posed to her was why she stayed so long.

“Truth be told it’s really just the money. I didn’t like it,” she said. “Plus the fact that I supported my family for the most part. And so it felt like if I said no or I quit hindi ko na kaya silang suportahan (I could not support them anymore).”

Peralejo is married to Christian pastor Joseph Bonifacio and has two kids. She vlogs about her life as a mom, wife and her reflections on God.  /ra

Read Next
Barack Obama and Bruce Springsteen team up for new Spotify podcast
EDITORS' PICK
Every Filipino home can now be a smart home with realme TechLife
PLDT Home Prepaid WiFi customers now under the care of Smart
Nestlé Philippines’ ‘NESCAFÉ Plan’ bags Grand Anvil at PRSP 56th Anvil Awards
Wesley So officially a US citizen
‘Pilgrim of peace’ Pope Francis heads to war-scarred Iraq
WHO: Arrival of vaccines in PH ‘a powerful step’ towards economic recovery, normalcy
MOST READ
Kris Aquino dispels rumors on son Josh getting married, thanks Ogie Diaz for defending him
Wesley So officially a US citizen
Ginebra trades Slaughter to NorthPort for Standhardinger
LTO’s P500-M deal for screws draws scrutiny
Follow @NGunoINQ on Twitter
Don't miss out on the latest news and information.