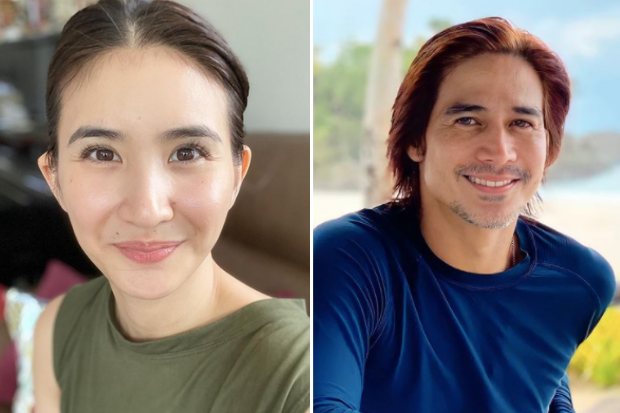 Rica Peralejo disclosed that she did have a relationship with Piolo Pascual in the past, although they had no labels and kept it secret.

Peralejo explained that she had a “deep” relationship with Pascual in her YouTube vlog yesterday, Feb. 19, where she answered personal questions from fans.

“[Hindi] ito pa-safe, ha? Yes and no. Yes, in a sense na ang deep naming dalawa with each other. But we never put a label on ourselves. Never namin iyon ibinigay sa isa’t isa,” she answered after one fan asked if she ever dated Pascual.

(I am not playing safe here, okay? Yes and no. Yes, in a sense that we got really deep with each other. But we never put a label on ourselves. We never gave that to each other.)

(Also, we never admitted to the public anything about dating or liking each other. I’m not sure if he ever did, however. Did he? But me, I don’t recall. Because I’ve been asked by several reporters about it, but I never said, “Yes, we are together.”)

“What I remember is that hindi ko rin talaga alam kung ano nga ba kami. But, it was very clear to us that we liked each other a lot,” she emphasized.

(What I remember is that I did not really know what we were. But, it was very clear to us that we liked each other a lot.)

Peralejo also shared that she and Pascual even got to the point where they would “talk about the future, like being husband and wife and all that.”

She clarified, however, that she also did that with other lovers before, including ex-boyfriend Bernard Palanca.

After being asked by a fan if Pascual ever asked for her hand in marriage, Peralejo disclosed that the actor did not.

Peralejo, however, expressed that she will be “forever grateful” to Pascual as he helped strengthen her Christian faith back then.

“Piolo was the one who first invited me to church, together with Dante Nico Garcia! And I think that was largely the purpose of Piolo in my life. To bring me closer to God, and when I met Jesus, I realized this was the Man I needed to get to know in my life at the time. And for that, I will be forever grateful to Piolo, for bringing me one step closer to the truest love of my life!” she shared in the video’s description.

Peralejo is now married to Pastor Joseph Bonifacio and has two sons with him, namely Philip and Manu.  /ra