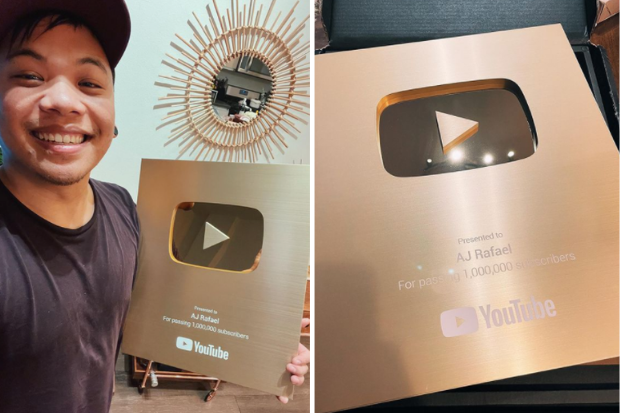 After 14 years on the platform, Filipino American musician AJ Rafael has finally breached the 1 million subscribers mark on YouTube.

Rafael, 31, had nothing but gratitude to fans as he noted that all his efforts have finally paid off, as seen on his Instagram account on Feb. 4.

“Perseverance and hard work pays off. [Even] after 14 years!!! Thank you all again for 1M! Every time I look at this I’ll be reminded of those who supported me on this journey,” he said.

Rafael, who currently has around 1.1 million subscribers, has so far uploaded 567 videos since he joined the platform in 2006.

The musician has produced several hits over the years, such as “Without You,” We Could Happen” and “Like Me,” among others.

Rafael and his girlfriend, Filipino American Alyssa Navarro, currently reside in Los Angeles, California, in the United States. They were recently featured on “Good Morning America” for their viral “TikTok duets,” where they showcased their talents in music while in a work-from-home setting.  /ra