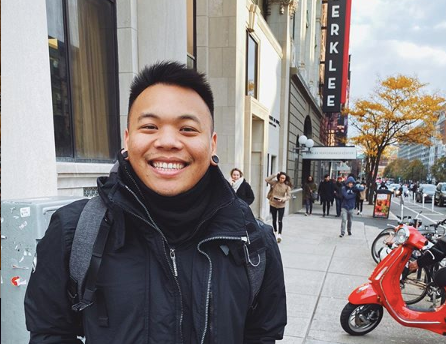 Filipino-American singer AJ Rafael has been in the musical and YouTube scene for more than a decade now, and he penned a heartfelt open letter to show his gratitude to fans who have been with him in his journey since then.

Rafael talked about how his fans, now all grown-up, have been coming up to him and telling him they have been listening to him since middle school, and he is “extremely grateful to be part of their life in some way.”

“These days, [nine] times out of 10, a fan who runs into me on the streets (or in Disneyland) will tell me ‘I’ve listened to you since middle school!! (or high school),'” he said in the letter, addressed to “supporters since middle school,” which he took to Twitter yesterday, Jan. 31.

“They bring up memories of that time in their life, they bring up the song that reminds them of their ex (LOL), and also name the other artists who I’ve collaborated with over the years saying that they loved watching us grow up,” he added.

An open letter to all the people who come up to me saying “omg! I listened to you in middle school!!!” 🙏🏽 I love y’all. pic.twitter.com/zmhKWIcDnB

The 30-year-old singer-composer then emphasized that “there’s not much that’s more fulfilling than knowing you’ve affected someone’s formative years with your art.”

Rafael, known for hits such as “We Could Happen” and “When We Say,” has been uploading both original music and song covers on his YouTube channel since 2006. He has so far gained more than 933,000 subscribers.

“I started noticing that these ‘kids’ are now either in college, or starting their careers…,” he said. “I usually will ask what they’re up to now since those simple middle school days.”

“They talk about grad school, nursing, even pursuing music… it’s almost like we grew up with each other in a weird way,” he added.

Rafael said that many have been asking how he has been, both in his musical career and “just on a human being level,” to which he answered: “Beyond saying ‘I’m good, man! Thank you for asking,’ I wanted to let y’all know that I’m in a place in my life where I’m doing more than just good, which is really cool.”

The Fil-Am artist noted that he is in a three-and-a-half-year relationship with girlfriend Alyssa Navarro, who he describes as a “beautiful, strong and independent woman” and who is part of Walt Disney Studio’s diversity team.

“She shares my mission of representation for all underrepresented communities in the arts, and also shares my huge love of music,” Rafael said.

Rafael also revealed that he has many projects lined up, including a documentary crowdfunded by family, friends and fans to help Rafael learn about the life of his father who passed away 20 years ago.

Born in Moreno Valley, California, Rafael is now based in Los Angeles, which he said moved him closer to auditions in the musical theater scene and in which he has been “blessed to be a part of the last couple of years.”

He has acted, danced, and directed music to productions such as “Tarzan,” “Mamma Mia” and the show he started called “Crazy Talented Asians.”

“I still play college shows, mostly hired as an ‘old school’/’OG YouTuber’/legacy act because of my status as one of the first [Asian-American] singer/songwriters to get popular on YouTube. And no, it doesn’t make me feel old. To be honest, it makes me feel like I’ve lived a life with great purpose and intention,” he said.

For the first time since 2014, Rafael released earlier today, Feb. 1, a new song with a music video on YouTube, titled “Waking Up Sucks (Sometimes).”

“Waking Up Sucks (Sometimes)” was directed by Yohahn Ko and produced by Rafael’s friend Jesse Barrera, whom he already partnered with in the song “She Was Mine.”  /ra