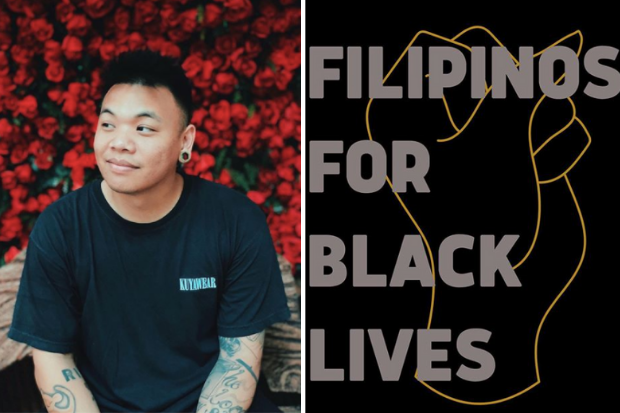 Musician AJ Rafael is calling on fellow Filipinos to address and purge racism from their own culture as protests over the death of 46-year-old black man George Floyd continue to erupt across the United States.

Rafael lamented how it has been ingrained among Filipinos that having dark skin is a bad thing, saying, “Some of us grew up believing our skin would not be as desirable if we went outside too much.”

“Have we ever asked ourselves or our parents why? Why are there endless supplies of whitening soap/products in the Philippines? Why have we learned to hate that we have melanin in our own bodies?” Rafael posted on Instagram earlier today, June 10.

The musician’s message came with two digital posters he designed that say: “FILIPINOS FOR BLACK LIVES.”

Echoing his friend and fellow Filipino American artist Ruby Ibarra’s sentiments, Rafael underscored that Filipinos need to “confront the colorism in our own community,” stating that it “leads to anti-blackness then turns to racism.”

“If we hate dark skin on us, then what happens when it comes to others? Not just when it comes to beauty standards… I’m talking about [real-life] decisions and judgments based on the color of people’s skin,” Rafael stressed.

“I believe that we can erase racism in our own community if we start at the root. It may take a while,” he added.

Rafael also lamented that there are older Filipinos commenting on some of his Facebook posts saying “All Lives Matter” in response to “Black Lives Matter.”

“The way they throw around the word ‘itim’ (black) and use it in such a derogatory way. We need to start calling it out even in our own families,” he said.

Ibarra meanwhile lauded Rafael for speaking out and reiterated the latter’s stance about the culture of “anti-blackness,” calling on Filipinos to change for the better.

“100% AJ! From our language (denoting anything dark as bad), to our practices (skin-whitening, stereotyping the Black community especially from the older generation), to the Filipino media we consume (look at the disproportion of light-skinned to moreno/a entertainers in the Philippines), anti-blackness is heavily embedded in our culture, and it’s on us to challenge these notions through discourse and unlearning,” Ibarra said. 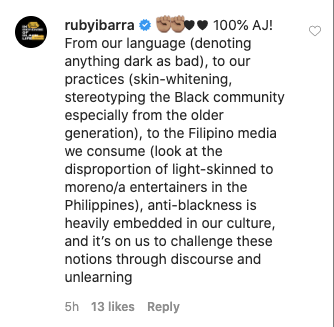 Rafael has previously called on fellow Asian Americans to call out injustices against people of color in the wake of the killing of Floyd. JB

Store that called police on George Floyd says they won’t do it again, decries police violence