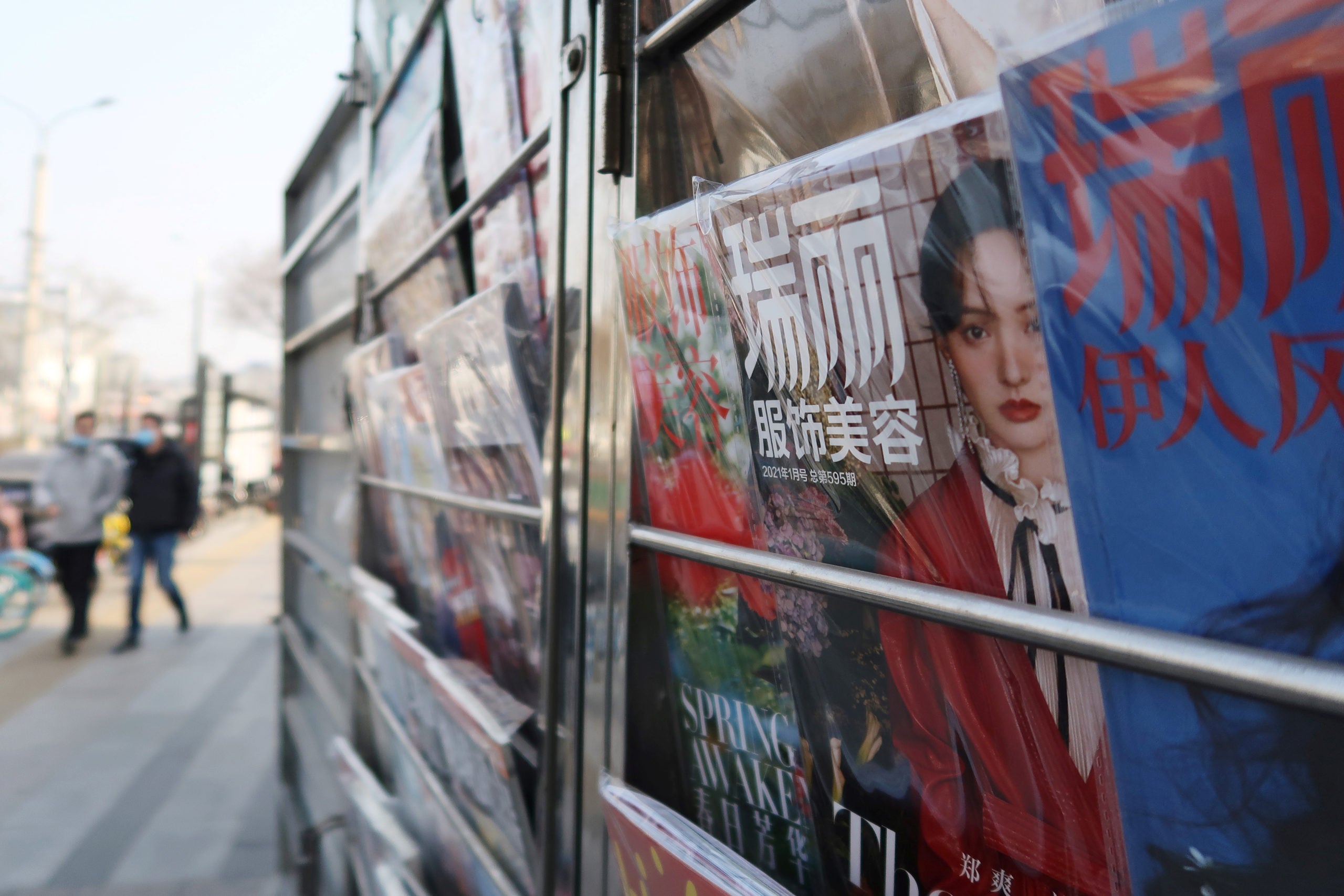 FILE PHOTO: Chinese actress Zheng Shuang is seen on a cover of a fashion magazine at a newsstand in Beijing, China, January 20, 2021. REUTERS/Tingshu Wang

BEIJING—China published on Friday a new list of moral guidelines for actors and other performers, saying they could face a permanent ban from their profession if they fail to comply.

Performers should not incite hatred and discrimination between ethnic groups, or promote cults and superstitions, the association said. The new rules will come into force on a trial basis on March 1.

The association did not say why it had decided to introduce such a policy now, but Chinese consumers have become increasingly vocal about their expectations for the behavior of companies and celebrities, especially foreign ones.

Italian luxury label Prada this month ended all cooperation with Chinese actress Zheng Shuang, whom it had just appointed as a brand ambassador, after she was engulfed in a surrogacy controversy that has enthralled the Chinese public.

In its new guidelines, the Association also said performers should not organize, take part in or promote illegal activities such as pornography, gambling, drugs and violence, among other activities.

Those found to have fallen foul of the new rules will only be allowed to resume work after obtaining the approval of an ethics unit, it added.