Diego takes singer-songwriter route in forging his own path 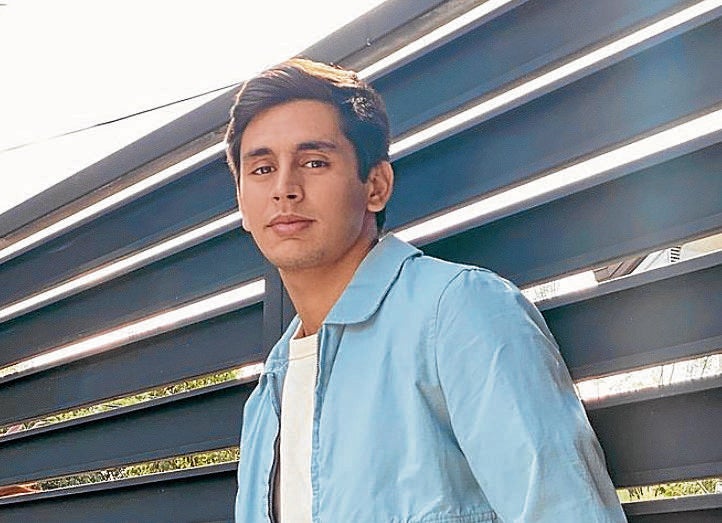 When Diego Gutierrez signed with a label to start his music career, one of the first people he told about it was his grandmother Pilita Corrales, who got excited at the prospect of having another singer in the family.

“She was so happy about it, because there are no other singers in the family,” he told the Inquirer in a recent virtual conference for his debut single, “On a Dream” (Hitmakers Entertainment). “She said it’s the first time in a long while that someone in the family is going that route.”

“She gave me a lot of advice. She also told me that she would love to perform or sing a duet with me,” added Diego, who comes from the Gutierrez show biz clan.

One of the things Diego has to work on, according to his “Mamita,” is his self-confidence.

“She reminds me not to get nervous and to make sure that I’m prepared; that I have studied the songs before going onstage,” he said. She inspires me to be more confident. But I’m happy because she believes that I have that talent—I just have to work hard and polish my skills,” he related.

True enough, he admitted that he felt a little overwhelmed during his first performance in the variety show “ASAP Natin ‘To.” “It was nerve-wracking at first to be honest. When you look around, there’s Ogie Alcasid, Martin Nievera … artists you look up to,” he pointed out.

But the more he performed, the more Diego felt comfortable onstage. “I didn’t have a lot of experience performing live prior to this. And then I get to do ‘ASAP.’ But I’m getting used to it… I’m getting more confident, and I feel like it’s starting to show in my performances,” he said.

“I’m thankful for their trust. Everyone in the show is good and experienced, and I’m happy I got to be part of it,” added Diego, who’s also a basketball player who used to play for the National Basketball League.

“On a Dream” is a Taglish love song written amid the pandemic, and reflects what he and his cowriter were feeling at the time.

“It was the beginning of the pandemic, so we were all forced to live in a standstill. Our relationships with our significant others were getting affected, and the only way we knew to express our feelings at the time was to write this song,” he said. “I guess the feeling we wanted to communicate with this track is the appreciation for the dream-like novelty of finding a person that makes you feel like no other.”

Diego, whose musical influences include John Mayer, Ed Sheeran, Justin Bieber and Daniel Caesar, hopes to release a new song every six weeks to help him gain momentum. “I want to continue improving so I’m taking voice lessons every week. I also want to hone my guitar-playing further,” he said.

Given his family background, pressure is inevitable. “But I would rather use that as inspiration,” Diego said. “Many of the actors in my family have already reached their goals. So I want to do better so I have something to show for it.”