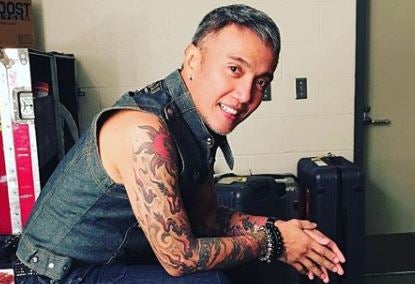 Pineda believes filming will start soon and that the retelling of his life on the big screen is “going to happen,” he said in an exclusive interview with Rolling Stone on Jan. 26.

“I think they’re gonna start. Some people from Warner will start coming here. I think maybe with Jon Chu and [“Joker” and “The Fighter” screenwriter] Scott Silver. They might come here to audition actors and actresses that will take part in my biopic,” he was quoted as saying.

The singer, who is currently in Manila, also shared that he will be taking the team on a tour of his hometown “where everything happened before this whole magical thing.”

To give a glimpse of the biopic, Pineda disclosed that he had already spoken to Silver many times about their plan to start the film with his childhood and his pre-Journey days.

“That’s the plan. I’ve spoken many times with Scott Silver. What’s interesting about my story is that I’ve survived two coup attempts here in the Philippines before I went to Hong Kong for 10 years,” he was quoted as saying.

“I don’t know if he plans to tell what happened to me in Hong Kong, but I had 10 years there. He might focus on my love story with my wife now,” Pineda added.

The rockstar has also suggested to the screenwriter that the film end in Chile, where he first performed as Journey’s lead in February 2008.

Pineda became the band’s frontman after being discovered on YouTube by Journey guitarist Neal Schon, who flew him from Manila to California to audition. Ian Biong /ra