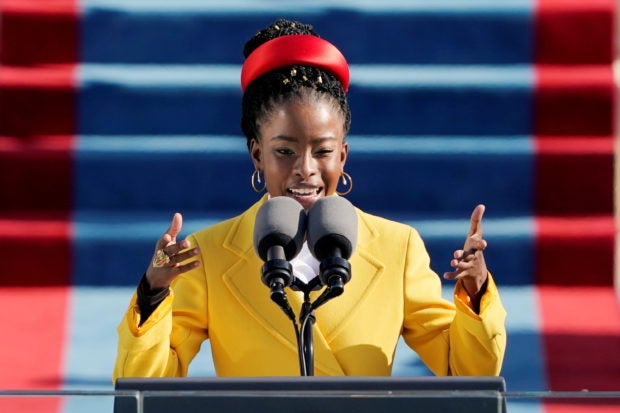 American poet Amanda Gorman performs her poem “The Hill We Climb” during the 59th Presidential Inauguration at the US Capitol in Washington Jan. 20, 2021. Image: Reuters/Pool/Patrick Semansky

Young poet Amanda Gorman will now be modeling alongside Gigi and Bella Hadid as she enters a contract with IMG Models.

News of Gorman’s venture into modeling comes shortly after her powerful performance of her poem “The Hill We Climb” during the inauguration of US President Joe Biden on Jan. 20.

Before she joined IMG Models, the 22-year-old, who was named the first US National Youth Poet Laureate in 2017, had made her mark in the fashion industry for the outfit she wore in the swearing-in ceremony of President Biden.

The red satin Prada headband became sold out after she appeared with it during her performance, while the yellow Prada coat she donned caused an astounding 1,328% increase for searches for “yellow coats,” according to fashion search engine Lyst as cited by The Guardian yesterday, Jan. 27.