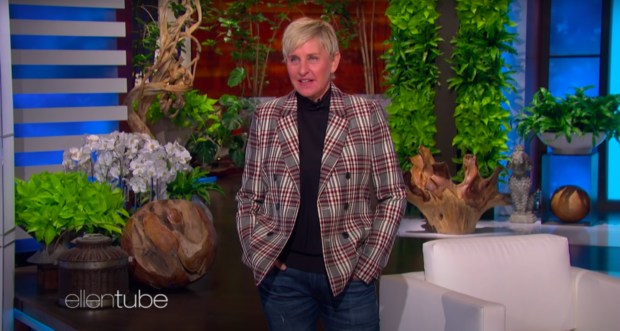 Ellen DeGeneres reacting to a Filipino soda ad in her talk show. Image: screengrab via YouTube/TheEllenShow

One viral cola ad made it to “The Ellen DeGeneres Show” about two months since it caught Filipinos’ attention for its absurdity.

The ad titled “[email protected]!!!! Basta RC Cola!” was included in the show’s segment “Ellen and Twitch Guess What’s Going to Happen Next in This Crazy Commercial,” yesterday, Jan. 23.

The commercial features an emotional son wondering if he is adopted, and wants an explanation from his mom about a set of four glasses on his back.

At this point, DeGeneres and DJ Twitch had to guess what would happen next. Both wound up incorrect — they could hardly be blamed, given that Filipinos too were left with mixed reactions after the ad was released last November.

They failed to predict that the mother would twist off her head to reveal a soda bottle and pour the soda into the glasses on her son’s back. The ad ends with the family sipping from the glasses through straws.

“I was wondering how they were going to drink it, and that’s how,” DeGeneres remarked.

The ad sparked a social media frenzy, leading some to make long analyses about its meaning, while others criticized the brand for making an ad that made no sense for the sake of virality. Some have also pointed out stereotypes that the ad played into, allegedly mocking adoption and having dark skin.

With over 6.8 million views as of writing, the ad has also received praise, with some viewers comparing it to some nonsensical Japanese ads which have gone viral outside their home country. JB