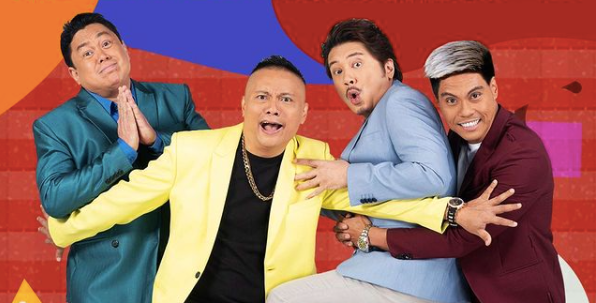 Viva Films has issued a warning to those pirating its comedy film “Pakboys Takusa,” an entry at this year’s Metro Manila Film Festival.

“Viva Films does not tolerate online piracy and will monitor, and continuously take down, illegal copies and downloads of ‘Pakboys Takusa,’” the production company said in a statement via its Instagram page, Dec. 27.

Viva Films added it would “pursue violators to the full extent of the law.”

Viva Films’ statement against online piracy comes after Paulo Avelino and director Antoinette Jadaone appealed against the pirating of their own film “Fan Girls.” These film entries for MMFF 2020 were made available online on Christmas Day via Upstream.ph, where fans can watch their choice of film for P250.

Jadaone, at the time, also called for help from the public to report any evidence of piracy they see online to production companies Globe Studios and Black Sheep.

“Pakboys Takusa” follows the story of four married men who live in a condominium together. The four try their best to hide their infidelities from their wives through different antics, but this eventually catches up to them when they find themselves in a grave situation and need their wives to rescue them. It stars actors Janno Gibbs, Andrew E., Dennis Padilla and Jerald Napoles. JB