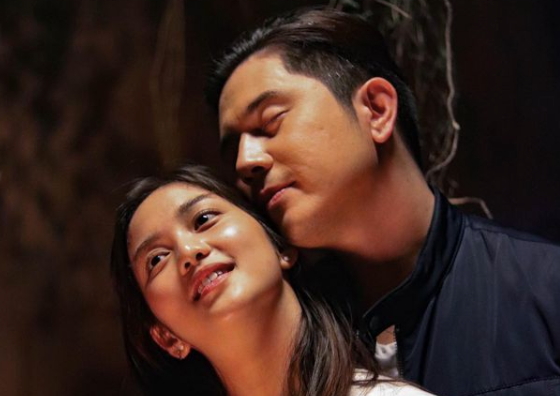 Paulo Avelino and director Antoinette Jadaone called against the pirating of “Fan Girl,” which was made available for streaming on Christmas Day.

Avelino, Jadaone and Charlie Dizon joined host AC Soriano for Globe Studios’ “Fan Girl Talkback” on Dec. 25, which saw the actors and director answer questions from fans about the film. Near the end of the videoconference, Avelino addressed those who are sharing photos and clips of “Fan Girl” on social media.

(…To those sharing photos and videos, let us please allow people to watch the film first. Let them buy tickets, instead of showing off that you got a photo or video. Let’s not be show offs. It’s not you who’s the star, it’s the film.)

“Fan Girl,” an entry at this year’s Metro Manila Film Festival, follows the story of Jane (Dizon), a high school student obsessed with Avelino, who plays himself in the film. The 16-year-old finds herself in an unfamiliar situation after hiding in the back of Avelino’s pick-up truck and following him home.

The film is currently available for streaming on Upstream.ph for P250, which, according to Avelino, is already their gift to fans.

(This is already our gift. People don’t need to each pay to get inside a theater. By paying only once, the whole gang can already watch, so let’s not pirate it anymore or do things that won’t help the film.)

Jadaone also stated that Upstream and the MMFF are “tripling their efforts” to catch those pirating the film and those who would watch the film from pirated links. She thus called on to the public to report to Globe Studios and Black Sheep any evidence of piracy they see online.

(May I add, even screenshots of sensitive things should not be uploaded in social media. First, that’s prohibited. Second, if that trends, curious kids may see them. Please exercise discretion, in consideration of those who are not in the right age or do not want to see those things. That’s all.)

As Avelino may have been referring to the talked about nudity in the film, production studio Black Sheep teased fans on Dec. 25 with a good reason for not pirating the movie. The photo in its social media post shows Avelino peeing in public, with his privates blurred.

“It looks better in full HD,” Black Sheep stated via Twitter. “We’ve got BIG SURPRISES in store for you in ‘Fan Girl’ and we want you to see them the way they were meant to be seen.”

We've got BIG 🍆 SURPRISES 🥵 in store for you in Fan Girl, and we want you to see them the way they were meant to be seen.

Report cases of piracy to the Black Sheep social media pages, and see the film NOW via https://t.co/nAnPiaExIx. 🖤 #MMFFonUPSTREAM pic.twitter.com/9sweRrx3OK

Jadaone echoed Avelino’s sentiments, saying that the sharing of such photos or scenes will be seen out of context.

“Let’s not watch through illegal sites because piracy is a crime and you can be jailed because of that,” the director warned. JB