Angeline Quinto misses ‘Mama Bob’ on first Christmas without her 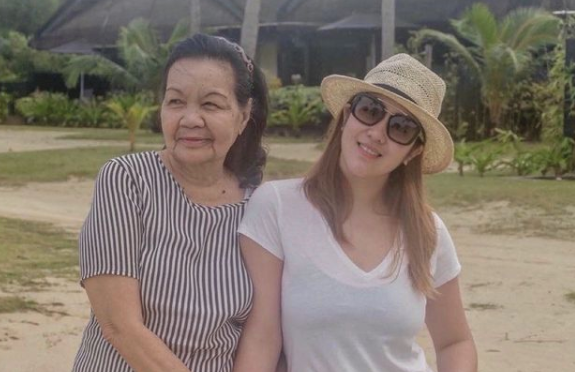 Christmas was different for singer-actress Angeline Quinto this year, as it is the first time she celebrated it without her adoptive mother she fondly refers to as Mama Bob.

Quinto remembered Mama Bob, whose real name is Sylvia Quinto, on Christmas Day, showing a photo of the two of them on Instagram during better days.

(This is my first Christmas without you, Ma. It feels so different, but in the 30 years I’ve spent with you, you have shown me nothing but constant love.)

Quinto also said there is nothing more she would thank the Lord for other than allowing her and Mama Bob to cross paths when she was just a baby.

In the end, the singer urged her friends, colleagues and relatives to hug their mothers tight.

Quinto confirmed the death of her mother on Nov. 7 following months of hospitalization. Mama Bob underwent surgery back in July 2019 involving her heart’s pacemaker.

In September, Quinto asked for prayers for Mama Bob. Although she did not disclose her mom’s ailment then, Quinto said she was going through the greatest challenge of her life. JB