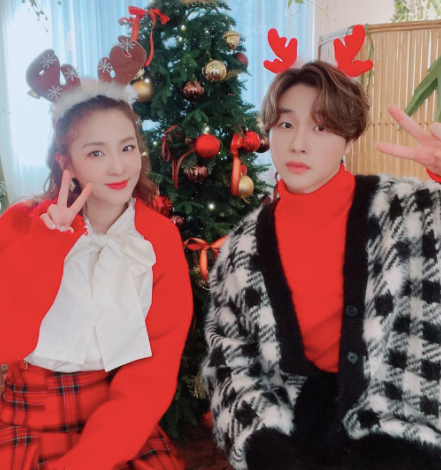 K-pop stars Sandara Park and Jay of iKon gave an unexpected yet welcome Christmas gift that came in the form of a cover of Iñigo Pascual’s 2016 hit “Dahil Sa’yo.”

The cover came with a music video showing the two singers aptly dressed in Christmas-themed outfits as they sing the upbeat Pinoy pop song in Tagalog. It premiered on YouTube on Christmas Day.

Both South Korean artists used to live in the Philippines. Park, known as the Philippines’ “Pambansang Krung Krung,” pursued music and acting careers in the country back then after she got her big break in the reality show “Star Circle Quest” in 2004.

Jay, whose real name is Kim Jinhwan, revealed through an episode of “Arirang Radio” back in 2017 that he lived in the Philippines for seven months around 10 years ago.

Both Jay and Park are under YG Entertainment, one of South Korea’s biggest talent management companies.  /ra