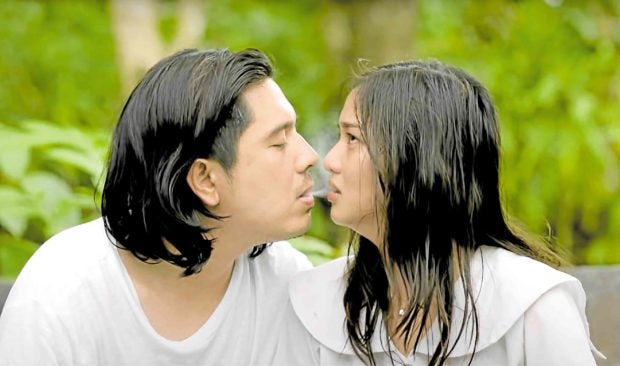 (We are running this guide to help you plan your holiday movie-viewing activity during the pandemic. The 46th Metro Manila Film Festival, or MMFF, Christmas Edition runs from Dec. 25 to Jan. 7, 2021. Tickets are available online via https://upstream.ph/mmff/.)

Jadaone admitted that when the project was first conceptualized in 2016, she had a different actor in mind. The initial plan didn’t push through because she said, “I needed someone daring and brave, just like Paulo.”

The director added: “I understand where the hesitation to portray the role is coming from, especially since you play as yourself. The movie will toy with the mind of its audience. It will force them to ask questions such as: “Is this how Paulo is like in real life or is this just a role? But he’s playing as himself, so this must be true!”

On the other hand, Jadaone said the film is actually anti-idolatry. “There are those who treat their idols as gods. They will do anything for their idols. They will defend him or her at all costs. Watching this will make you reflect. ‘How much do you know your idol? If you get to know him and realize that he’s not what you imagined him to be, will you still love him? Masaya maging fan pero ’pag sumobra na, makakasama na.”

Jadaone said that while she wished people could see her latest dramatic piece on the big screen, “safety is still our top priority. And since we’re online, this is not under the scope of the MTRCB (Movie and Television Review and Classification Board). We will be able to show the entire film without cuts. I consider that an advantage. When you watch it online, you will get to see how it was shown in Japan and Estonia.”—MARINEL CRUZ INQ