Morissette Amon engaged to Dave Lamar: ‘Our journey wasn’t perfect, but it’s ours’ 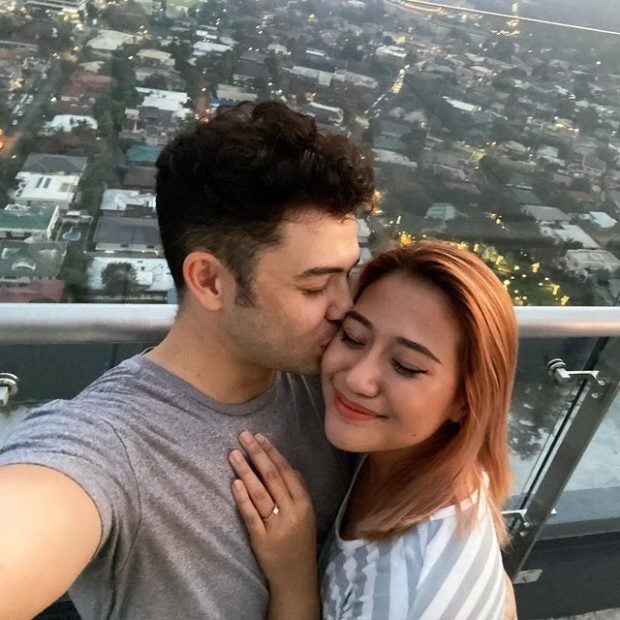 Dave Lamar (left) and Morissette Amon have taken their relationship to the next level. Image: Instagram/@itsmorissette

Morissette Amon proudly revealed that she has gotten engaged to her boyfriend, Dave Lamar.

The 24-year-old singer shared the new milestone in their relationship on her Instagram page yesterday, Dec. 21, along with photos of them and her diamond ring.

“[More] than just an 11:11 wish, you’re an answered prayer. I love you @davejlamar, always have and always will. [wedding ring emoji]” Amon said.

“[After] finally letting our families and most of our closest friends know in the past couple of months since this happened, we’re finally ready to share it to the world.. WE’RE ENGAGED!” she added.

Amon also looked back on her love story with her 30-year-old fiancé, noting how it has already been nine years since they met. Since then, they have been best friends for seven years and eventually became each other’s first love. However, the singer pointed out that their relationship was not a walk in the park and that it is now their “second round at love.”

Amon’s father previously expressed his disapproval of their relationship through a series of posts on Twitter back in November 2019.

“[Our] journey wasn’t at all perfect, but it’s beautiful and ultimately, ours,” Amon told Lamar. “[Thank] you for staying.. you didn’t just fight for me, but also believed in all that I can do, even when I didn’t.”

The singer then expressed her joy over finally sharing the good news with her fans. As she ended her heartfelt message, she addressed her soon-to-be husband, saying, “It’s definitely a Y E S to a forever with you!”  /ra

WATCH: Morissette Amon, A1 perform ‘Like a Rose’ via video call