MANILA, Philippines — Singer Morissette Amon has apologized after she walked out minutes before she was scheduled to perform in a concert as a guest.

Morissette took to her Instagram stories Monday to apologize to talent manager Jobert Sulcadito and his talent Kiel Alo who staged a birthday concert last November 6 where she was supposed to perform.

“Took some time to process things despite the schedules before me, but with much prayer and as I have never done this before, please let me start by saying sorry,” Morissette said.

“To Tito Jobert and Kiel Alo who was celebrating his birthday concert at the Music Museum that night, what I’ve done was out of character but I still do take full responsibility,” she added. 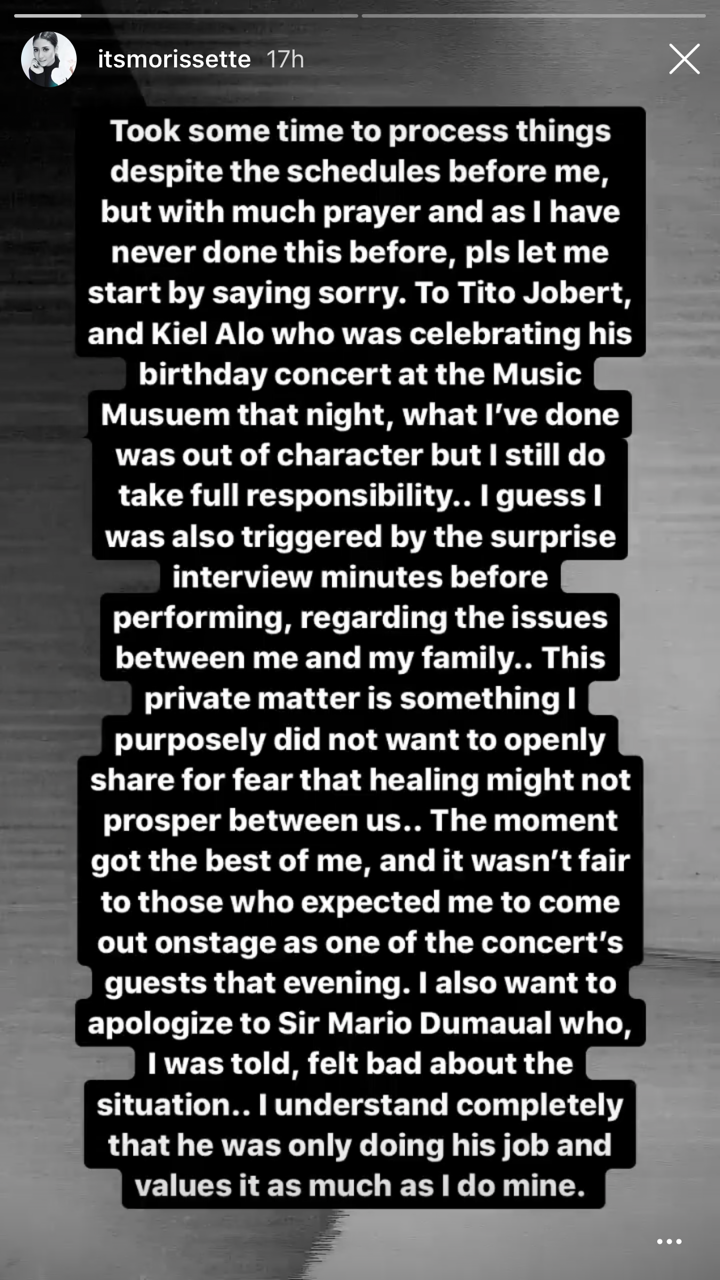 Morissette explained that she was “triggered” by the surprise interview before her performance where issues about her family were brought up.

“I guess I was also triggered by the surprise interview minutes before performing, regarding the issues between me and my family. This private matter is something I purposely did not want to openly share for fear that healing might not prosper between us,” Morissette said.

“The moment got the best of me, and it wasn’t fair to those who expected me to come out on stage as one of the concert’s guests that evening,” she continued.

Morissette also apologized to ABS-CBN reporter Mario Dumaual who asked about the singer’s ties with her father, as seen in a video by ABS-CBN News.

“I also want to apologize to Sir Mario Dumaual who, I was told, felt bad about the situation. I understand completely that he was only doing his job and values it as much as I do mine,” she said.

Morissette’s father Amay Amon, in a series of Twitter posts, earlier expressed disapproval of her relationship with singer Dave Lamar.

Amid the issue, Morissette asked her fans for prayers and expressed appreciation for their support. 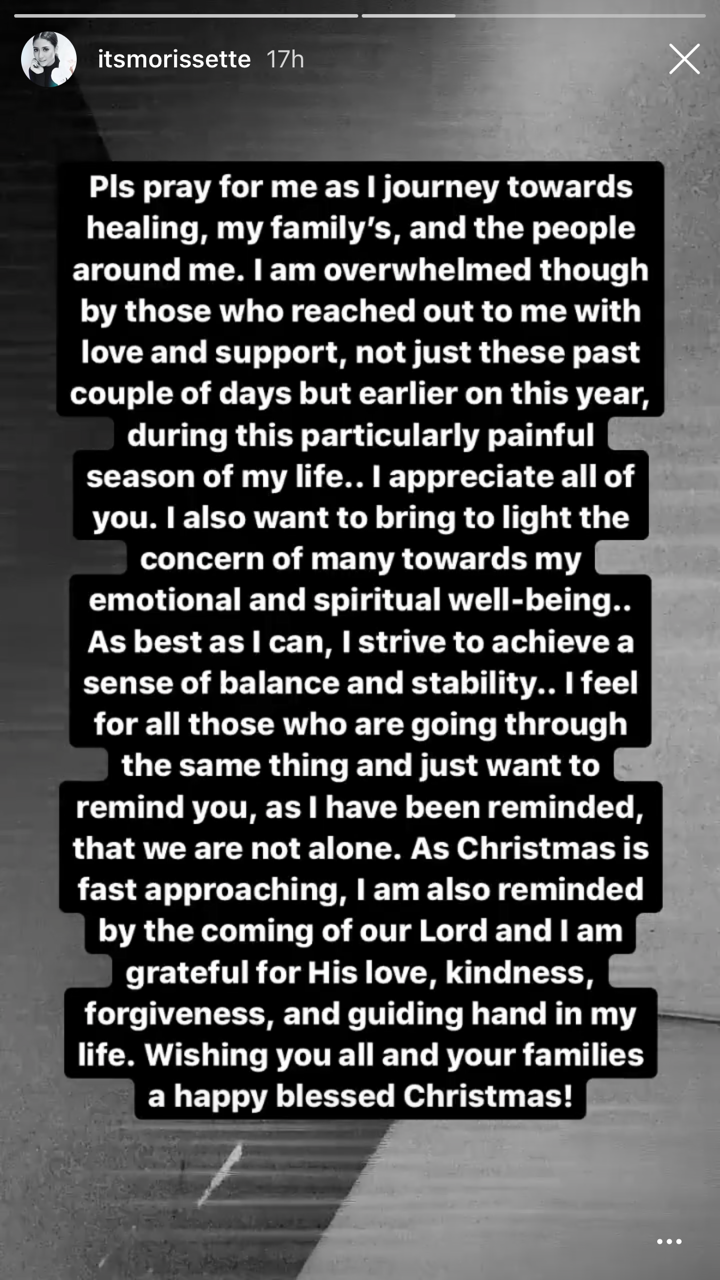 “Please pray for me as I journey towards healing, my family’s, and the people around me. I am overwhelmed though by those who reached out to me with love and support, not just these past couple of days but earlier on this year, during this particularly painful season of my life. I appreciate all of you,” she said.  /muf