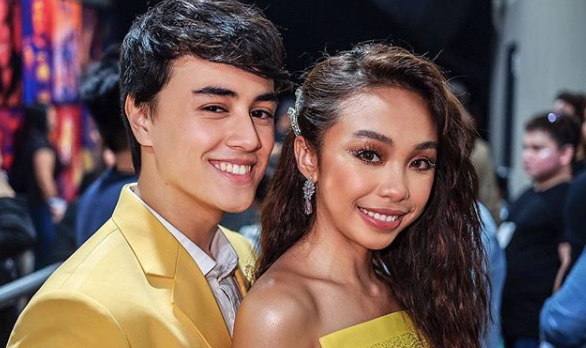 Maymay Entrata and Edward Barber are finally reuniting on the big screen in an upcoming film called “Princess DayaReese.”

The two actors gave a glimpse of their characters as they shared the project’s official poster on their Instagram pages yesterday, Dec. 17.

“2020 is especially special because of this  [dove emoji],” Barber said.

Entrata wore a strapless gown paired with a crown and jewelry, while Barber looked sharp in a gray blazer and black V-neck shirt. Though they donned sophisticated clothes, the pair also wore regular jeans and sneakers in the poster.

Along with MayWard, the film will feature fellow actors such as Epy Quizon, Pepe Herrera and Chie Filomeno, among others. Director Barry Gonzalez headed its production.

The movie is slated to premiere on Jan. 1 on streaming platforms such as KTx.ph and iWant TFC for P150 per ticket.

Entrata and Barber’s last film together was the 2018 comedy “Fantastica.”

They both entered the entertainment industry when they joined the TV reality show “Pinoy Big Brother” in 2016 and have since become onscreen partners. However, they revealed that they are not a couple in real life last April.  /ra

MayWard fans give school supplies to over 1,000 kids in Negros Occidental to mark Edward Barber’s birthday