MayWard fans give school supplies to over 1,000 kids in Negros Occidental to mark Edward Barber’s birthday 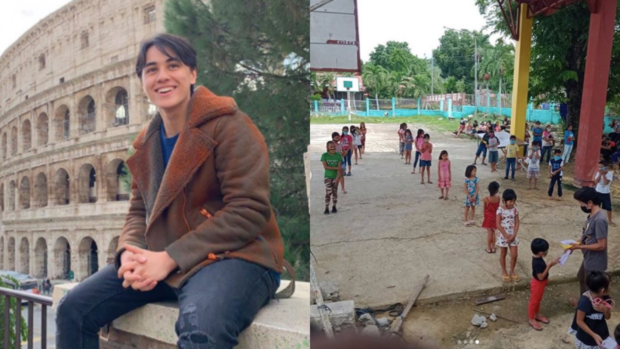 Edward Barber (left) and some of the students his fans donated school supplies to (Images: Instagram/@edward_barber, @therealkevinbarber)

His father, Kevin, spoke about the fans’ gesture on his Instagram page on the same day. The proud dad explained that fans from the MayWard Head Admins group partnered with the ELM Tree Foundation to provide students in Brgy. San Jose Toboso with “back to (home) school packs.”

The said foundation is headed by Edward, Maymay, Kevin and the actor’s older sister Laura.

“To the [nine] Solid Edward, [four] Solid Maymay and 38 Mayward fan groups who raised funds and helped make this possible, to the people who organized and distributed all this, teachers and barangay officials, some of whom walked for over two hours to get to the schools and to those who kept me updated every day without fail – a very loud THANK YOU – you did a great job!!” Kevin said.

“Just one random act of kindness from everyone every day and the world will be a better place,” he added.

Along with his post, Kevin also included moments from the distribution of the supplies. One clip showed various groups of students holding a plastic envelope with school items while they wished Edward a happy birthday and thanked him for the donation.

Meanwhile, the organizers and the children made sure to follow guidelines against the coronavirus by wearing face masks and observing social distancing.

“This made my day,” he said. “Thank you to everyone who was a part of this.” 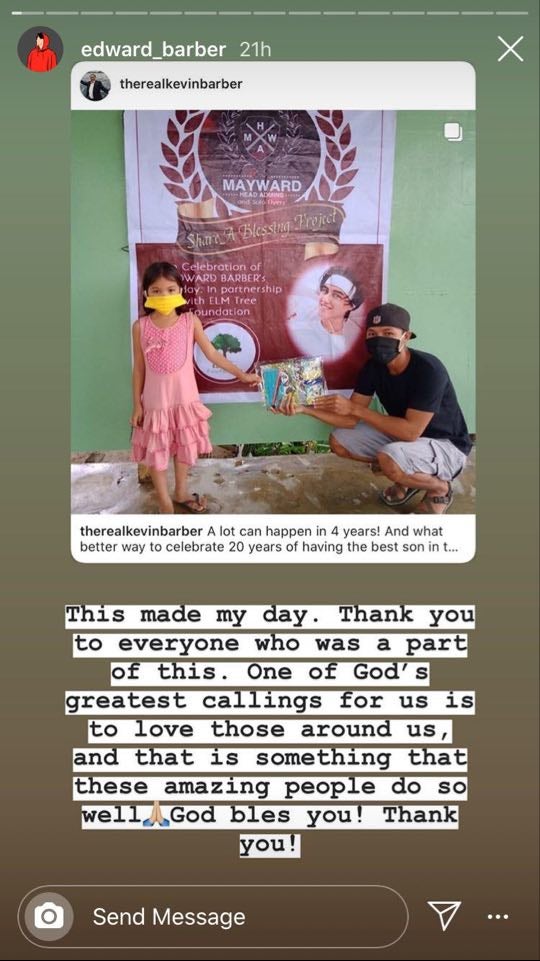 “One of God’s greatest callings for us is to love those around us, and that is something that these amazing people do so well,” he added.

While Edward and Maymay have been a love team for over three years, the two clarified last April that they preferred to remain as friends.

“We both agree there is no need to rush into anything,” they said at the time. “This means not having a romantic relationship between us at this point.”

The two artists were contestants in the reality show “Pinoy Big Brother: Lucky 7” in 2016. Their first film together was the 2017 rom-com “Loving in Tandem.”  /ra