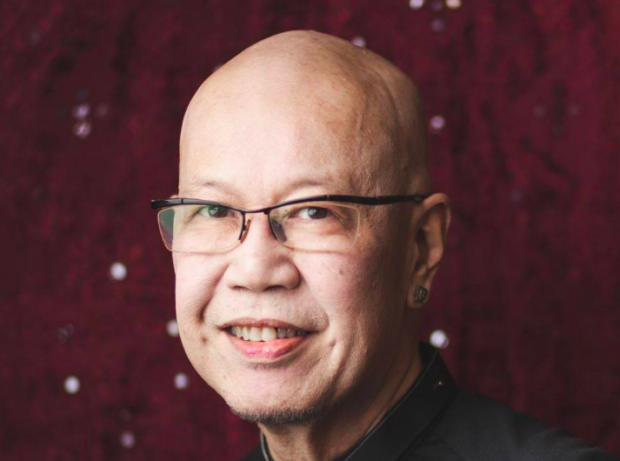 Theater director, writer and producer Freddie Santos has passed away. He was 64. Image: Facebook/Freddie Santos

The recent passing of theater veteran Freddie Santos saw an outpouring of grief from many of the country’s artists, whose lives he touched and changed.

The multi-hyphenate Santos—director, producer, writer and actor—passed away in his sleep at around 5 a.m. on Thursday, Dec. 17, as confirmed by his sister Bambi in an exclusive report by ABS-CBN on the same day. Santos, who died at 64 years old, had struggled with diabetes for years.

Lea Salonga was among those who mourned for Santos, who she called “Daddy Warbucks” in reference to the musical “Annie” as she paid tribute to him on Twitter, Dec. 17.

“Rest In Peace, my Daddy Warbucks. I’ll never forget you. With love, your Annie,” Salonga said. “Freddie Santos passed away this morning. He was my first leading man, a mentor, a teacher. A brilliant writer and director. You will be missed, Tito Freddie.”

Rest In Peace, my Daddy Warbucks. I’ll never forget you. With love, your Annie

Freddie Santos passed away this morning. He was my first leading man, a mentor, a teacher. A brilliant writer and director. You will be missed, Tito Freddie.

The Tony Award-winning actress also shared a yellowing photograph of her and Santos as Annie and Warbucks from her early years in show business.

Santos’ death was also a blow to actress Iza Calzado, as she remembered her mentor and friend in an emotional post on Instagram on Dec. 17.

“Where do I begin? I ask myself if words will ever be enough to let you know how deeply grateful I am for you? I hope you knew, I think you always knew, the countless ways you helped me grow. I can’t find the words. Help me, please,” said Calzado.

Calzado added that Santos trusted and believed in her, something she would never forget.

“To me, you were so brilliant, so generous and wise. The master of the stage! Now, you have taken your final bow and we are left to continue the work you have passed on to us. With this, I hope that one day I will also help others learn, grow and shine,” she said.

Doctor to the stars Vicky Belo commented on Calzado’s post, attesting to Santos’ generosity as a mentor.

“So generous with his talent. He just wanted actors to be the best they could be,” Belo said. “We’ve lost someone so special. I’m sure he will be directing everyone in heaven.”

Actor and The Dawn frontman  Jett Pangan looked back on the time Santos directed their band in the late ’80s, when Santos still “had long hair and a beard.”

“He carried the demeanor of someone who held an extensive resumé in the field of entertainment but extended patience to a young band that only knew how to play loud and sweaty…” Pangan wrote on his Facebook. “A big THANK YOU to Direk Freddie Santos. May he now rest happily. He will be missed.”

Philstage president and co-founder of gospel theater group Trumpets Audie Gemora, as well as thespian Carlo Orosa, among others, likewise paid their tributes to Santos on Facebook.

Santos wrote and directed many productions in Philippine theater, such as but not limited to “Joseph the Dreamer,” (first staged in Cebu in 1989), “Sabel: Love and Passion,” “Bituing Walang Ningning: The Musical” and “The King and I.” Cody Cepeda /ra

Playwright Lito Casaje passes away after battle with cancer