Playwright Lito Casaje passes away after battle with cancer 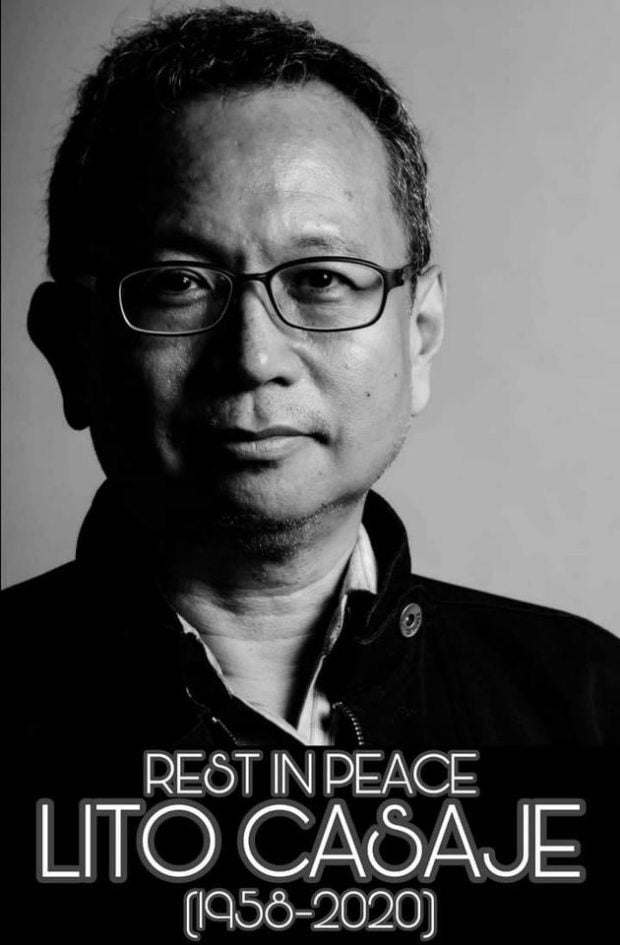 The Philippine Center of International Poets, Playwrights, Essayists and Novelists (PEN) announced his death on its Facebook page on the same day. Casaje had died due to cancer, according to his family.

No wake was held for the late artist before he was cremated yesterday, Oct. 28 at the Arlington Memorial Chapels in Quezon City.

Casaje founded the theater company Dramatis Personae with the late dramatist Bienvenido Noriego. The company’s repertoire also included classics from European theater along with plays written by the two artists. The center added that majority of the productions were directed by Casaje.

Casaje won multiple Don Carlos Palanca Memorial Awards for Literature for his screenplays and stage plays. His screenplays have likewise earned him recognition from the Film Development Council of the Philippines.

Aside from plays, Casaje also dabbled in filmmaking and co-directed the movie adaptation of Sinai Hamada’s “Tanabata’s Wife” with fictionist Charlson Ong in 2018.

Posted by Philippine Center of International PEN on Monday, October 26, 2020

Casaje had a knack for teaching as well and taught at De La Salle University (DLSU) and La Consolacion College. DLSU’s literature department paid tribute to Casaje, who taught graduate and undergraduate students for nearly a decade, via its Facebook page on the same day.

Posted by DLSU The Department of Literature on Tuesday, October 27, 2020

Prior to his death, Casaje had completed a memoir titled “When A Man Becomes Prayer” while he was in cancer remission last year. Meanwhile, the University of the Philippines Press has recently published two volumes of his works. JB