‘The Prom’: Meryl, Nicole accentuate the positive in spectacular feel-good musical about inclusivity

A great movie doesn’t need to be serious as all get-out to prove how resolute it is about the subject matter it examines. Case in point: Ryan Murphy’s screen adaptation of the 2018 Broadway musical “The Prom,” which launches on Netflix today after its limited release in US theaters on Dec. 4

The film, featuring the music of Matthew Sklar and Chad Beguelin’s lyrics from a book by Beguelin and Bob Martin (who also wrote the screenplay), doesn’t leave much room for bah humbugs this Christmas as it plays out “The Prom’s” pressing issues like a glittery bauble of fun—and with tongue firmly in cheek.

So, ignore the naysayers who have been busily denigrating Murphy’s attempts at championing what could have been considered “lost causes” many decades ago. On Murphy’s tight watch, the downtrodden and marginalized get to have loud and proud voices in Trump’s bigoted America.

By putting the predictability of its musical-theater elements to good use, Murphy has turned his rainbow-sprinkled rom-com, framed by deliciously staged and delirious performed song-and-dance numbers, into one of this year’s best and most entertaining films. 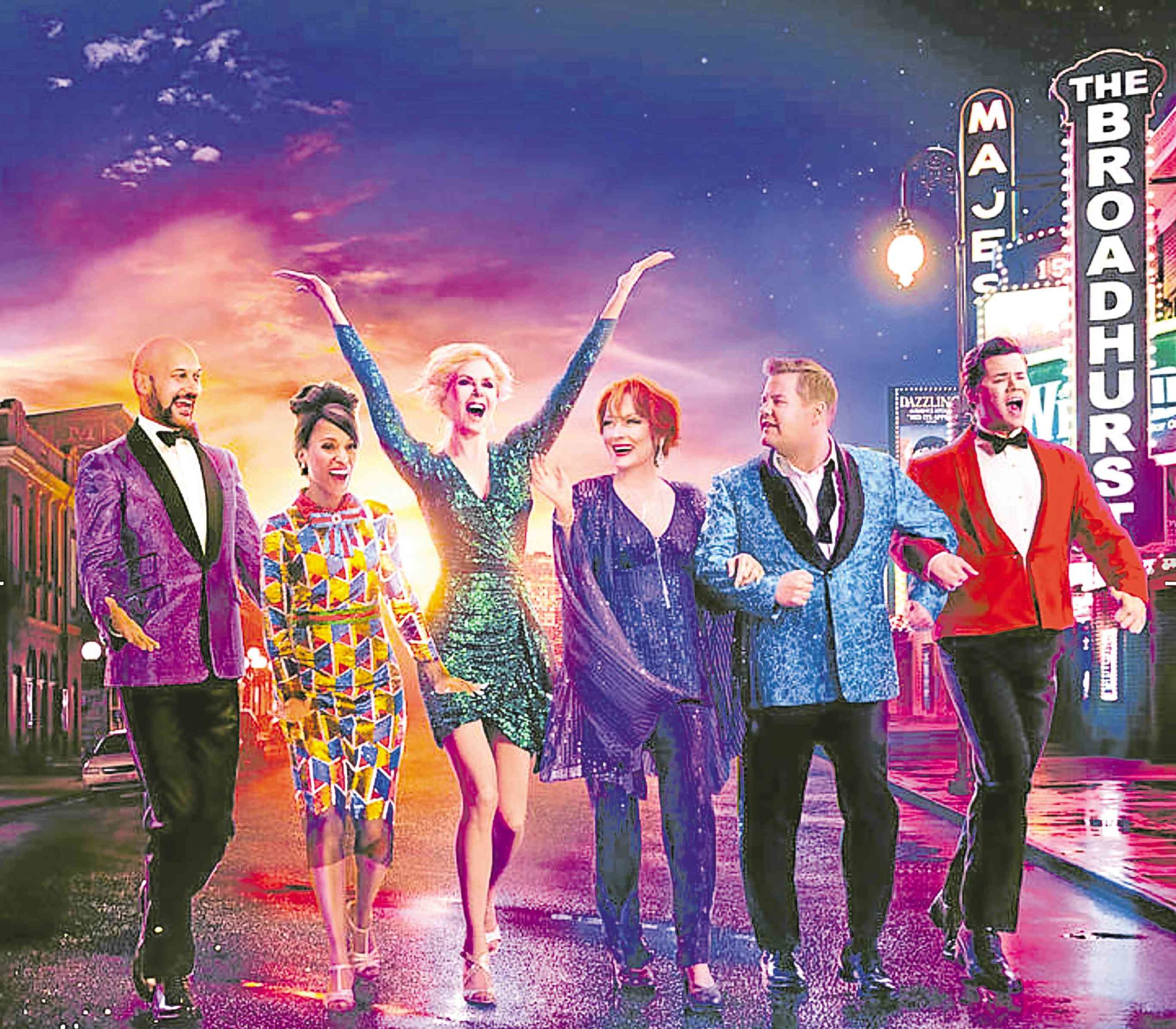 With its release appropriately timed to boost sagging spirits in the time of COVID-19, the feel-good production was inspired by the true story of Constance McMillen, a lesbian high school student in Mississippi who was forbidden to attend her senior prom in 2010, after word got out that she was planning to attend the prom with her girlfriend. When she contests the decision and wins her case, the school board decides to cancel the prom instead.

The film hits all the right notes as it channels the energy-driven, high-wire musicals from the Golden Age of Hollywood. It follows four Broadway actors who wish to turn their bad fortunes around by rallying behind a relevant cause—any cause—that would keep them relevant in the eyes of their increasingly dwindling followers.

Understandably, narcissistic Broadway stars Dee Dee Allen (Meryl Streep) and Barry Glickman (James Corden) are trying to avert career crises after their expensive musical about Eleanor Roosevelt flops, so they head off to small-town Edgewater, Indiana, to “raise holy hell” as they proselytize against the evils of intolerance and discrimination and, along the way, “help that little lesbian—whether she likes it or not!”

Keeping them company to kickstart their self-absorbed celebrity activism are perpetual chorus girl Angie Dickinson (Nicole Kidman, proving beyond all reasonable doubt that you don’t always have to play the lead role to make an Oscar-worthy mark) and former sitcom star and theater actor-moonlighting-as-a-bartender Trent Oliver (Andrew Rannells). 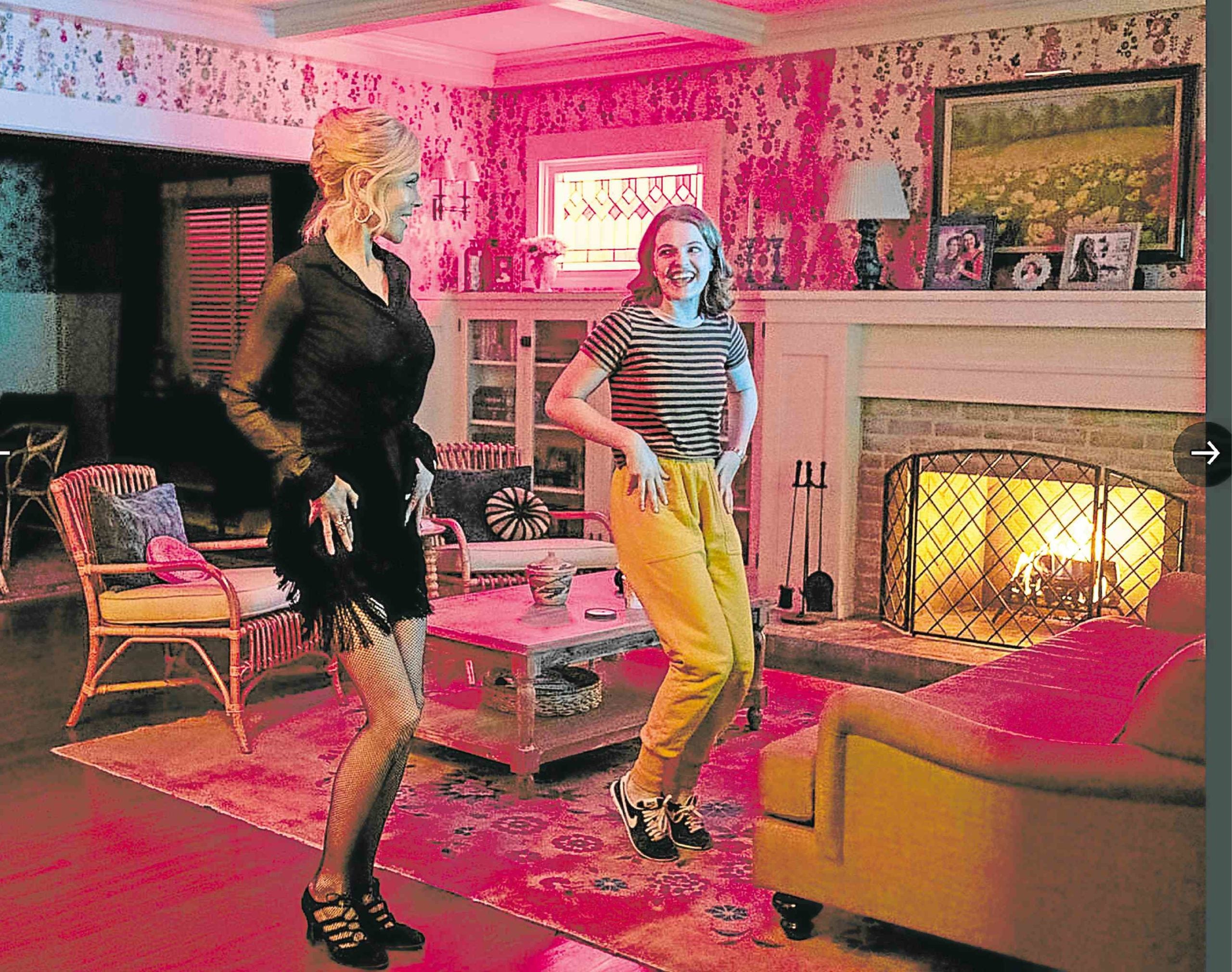 Dee Dee, Barry, Angie and Trent think they hit the jackpot after deciding to take on the case of 17-year-old Emma Nolan (Jo Ellen Pellman) who, despite the support of school principal Tom Hawkins (Keegan-Michael Key), has been banned from attending the prom by Mrs. Greene (Kerry Washington), head of the PTA (Parent-Teacher Association)—who just happens to be the mother of Emma’s closeted girlfriend Alyssa (Ariana DeBose of “Hamilton” and the upcoming “West Side Story”).

But the quartet must reexamine their plan—and themselves—when their ego-boosting scheme backfires.

It doesn’t take long before you realize there’s a gargantuan heart hiding underneath all that gorgeous gloss. The film emerges from its pomp and high camp aided by the masterstroke casting of Meryl, in her strongest sing-and-dance showcase yet. She may have more than passed muster in most of her previous musicals (“Into the Woods,” “Mamma Mia”) because those roles allowed her to character-sing—but not in this conventional musical theater-style production, as her high and hefty notes in the show-stopping “It’s Not About Me” and “Changing Lives” astutely demonstrate.

Meryl reportedly went to a four-month song-and-dance bootcamp to turn her Dee Dee into a Tony-winning, show tune-belting, Broadway-caliber diva. How’s that for commitment? She even gets to rap and show off her terpsichorean flair in kick-ass production numbers that demand more than merely inventively staged blocking and choreography.

The same is true for Nicole, who’s always been cast in roles that suit her wispy and breathy singing in her movie musicals. Particularly in her sleekly imagined production number “Zazz,” the lovely actress manages to accentuate the positive in a bittersweet scene that cleverly utilizes as much her dramatic gravitas as her impish screen presence. 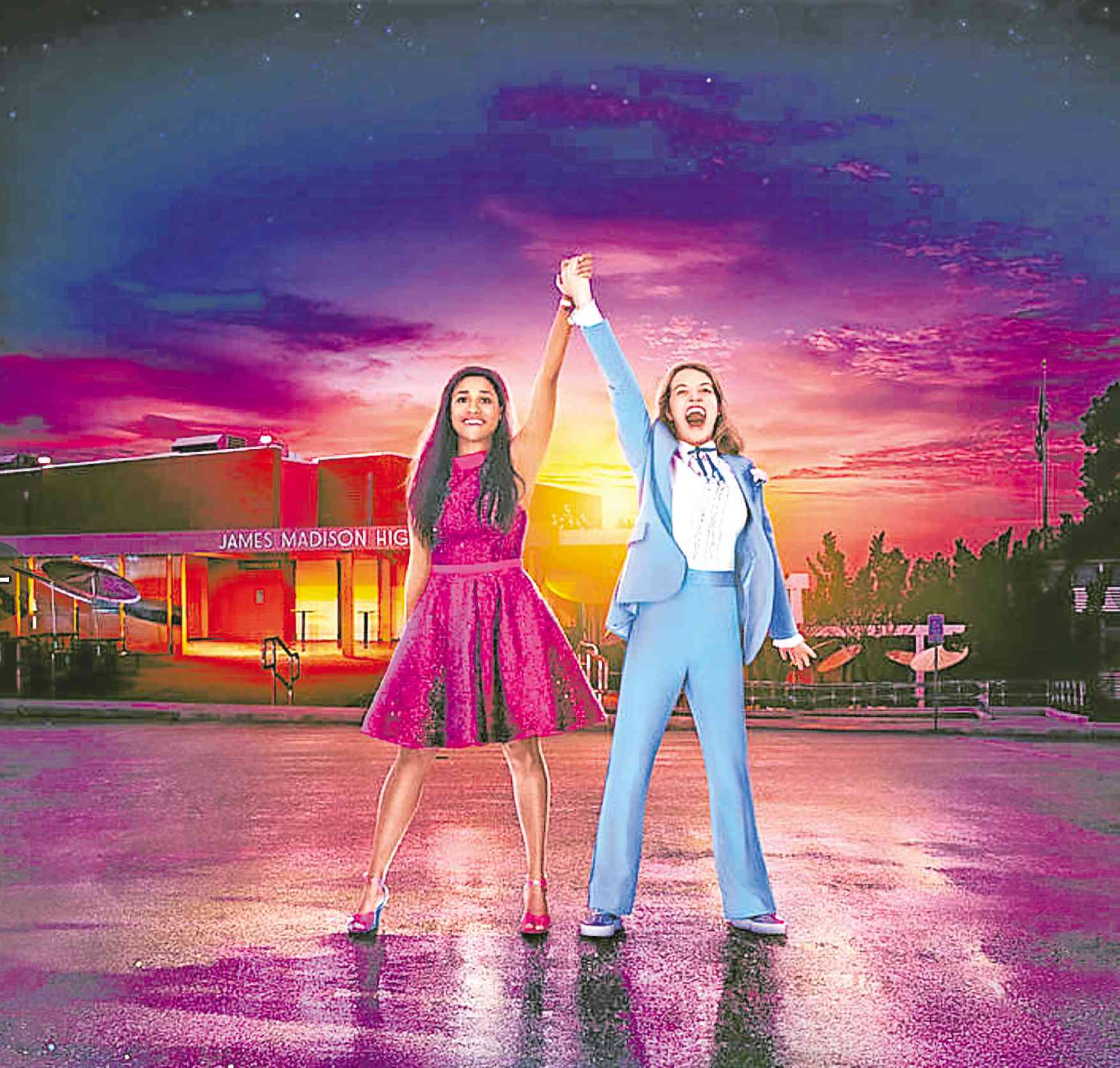 Angie’s biggest role to date may have been that of Ensign Nellie Forbush in a dinner-theater production of “South Pacific,” but her vast and often frustrating experiences as a chorus girl have taught her a thing or two about “finding your light in the midst of perpetual darkness.”

“You gotta do this for the people standing in the wing—like us,” Angie subtly but convincingly urges Emma—and you know she’d be stupid not to capitulate. Sniff.

Meryl and Nicole aren’t the only actors fueling “The Prom’s” feel-good viewability. When members of the ultratalented cast isn’t entertaining viewers with high-octane production numbers, Murphy coaxes empathetic portrayals from them as they pare down its musical highs and keep things in perspective by way of intimate stories that justify the characters’ personal struggles and biases.

Happily, Meryl and Nicole aren’t the only ones doing the heavy lifting here because, aside from James, Andrew, Kerry, Mary Kay Place (as Emma’s grandmother) and Tracey Ullman (as Barry’s estranged mother, Vera), even Jo Ellen and Ariana keep their complex end of the thespic bargain.

Using humor, dance and songs that remind us of the easy recall of “Hairspray’s” booty-grooving repertoire (including the two new songs, “Wear Your Crown” and “Simply Love”), Murphy’s film attempts to bridge an ideological divide that feels more and more like a plea for inclusivity, tolerance and acceptance. Now more than ever, it’s this perk-me-up message of hope that our deeply divided world needs as we try our very best to keep our wits about us in the midst of all the doom and gloom. It’s guaranteed to put a big, bright smile on viewers’ faces. INQ